What does Afore Root Word mean?
The root word-afore comes from Old english –‘on+foran’ that usually refers to before. For instance, the word aforementioned means mentioned in the past or before because:

Afore: Before
Mentioned: to refer
Afore + Mentioned = mentioned or referred in the past, before

It is fair to say that words with the word root –afore is mostly used to refer to before or the past.

Example Sentence:
Any of the aforementioned applicants are suitable for the job. 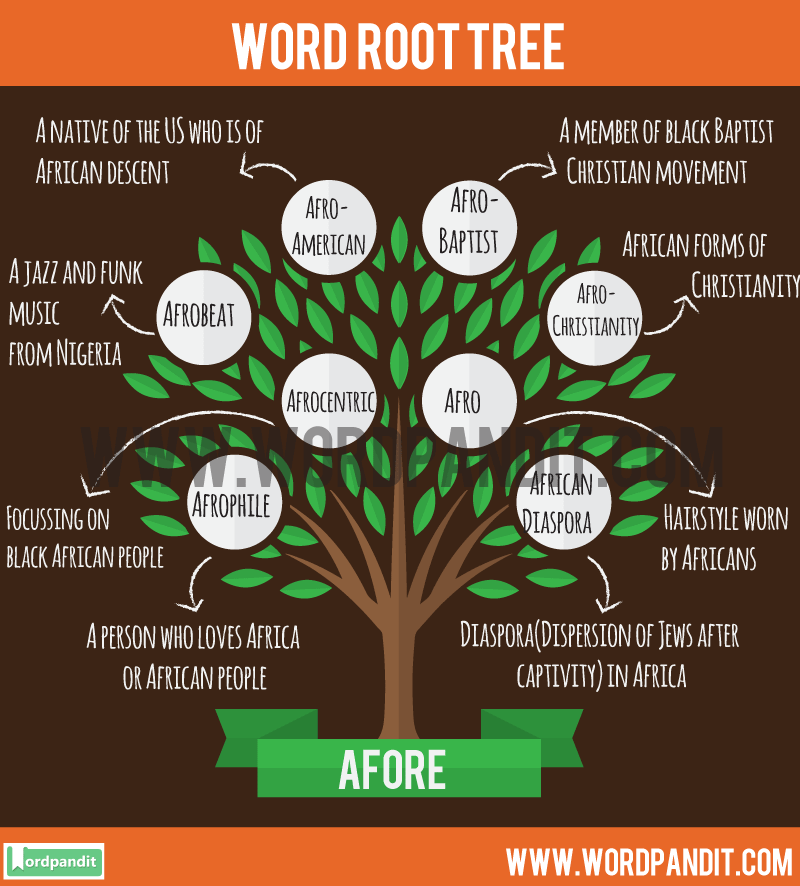 Words Based on the Afore Root Word

Following is a list of words based on Afore root word:

1. Aforecited : Having been cited, quoted or named earlier.
2. Aforedescribed : Described earlier somewhere, like in a document.
3. Aforegoing : Preceding, like an email sent before the current one.
4. Aforehand : In advance or before. Sometimes, in anticipation of something.
5. Aforelinked : Previously linked, such as to an article.
6. Aforelisted : Listed earlier in a document.
7. Aforementioned : Mentioned previously. Generally preceded by ’the’ and the combination of these two works as a determiner. Also used as above-mentioned
8. Aforenamed : Named earlier in a document.
9. Aforenoted : Noted earlier. Used formally in letters.
10. Aforesaid :Of a previously stated list, the earlier of the list items, usually the first in two or three mentioned list items.
11. Aforespecified : Specified before, earlier in the same document.
12. Aforestated : Stated earlier in the same document.
13. Aforethought : Premeditated or planned in advance/ahead in time.
14. Aforetime : In the past, formerly. Not used these days as it is archaic.
15. Aforestation : The previous station or place, used while on a journey to someplace,as in a train or bus