What does Afro Root Word mean?
The root word-afore comes from Latin –‘Afer’ that usually refers to Africa. For instance, the word Afrocentric means that focuses on African culture because:

Afro: Africa
Centric: focuses on or the main centre or soource
Afro + Centric = study focuses on the African culture

It is fair to say that words with the word root –afro is mostly used to refer to Africa.

Example sentence:
These tribal jewelleries are Afrocentric in nature. 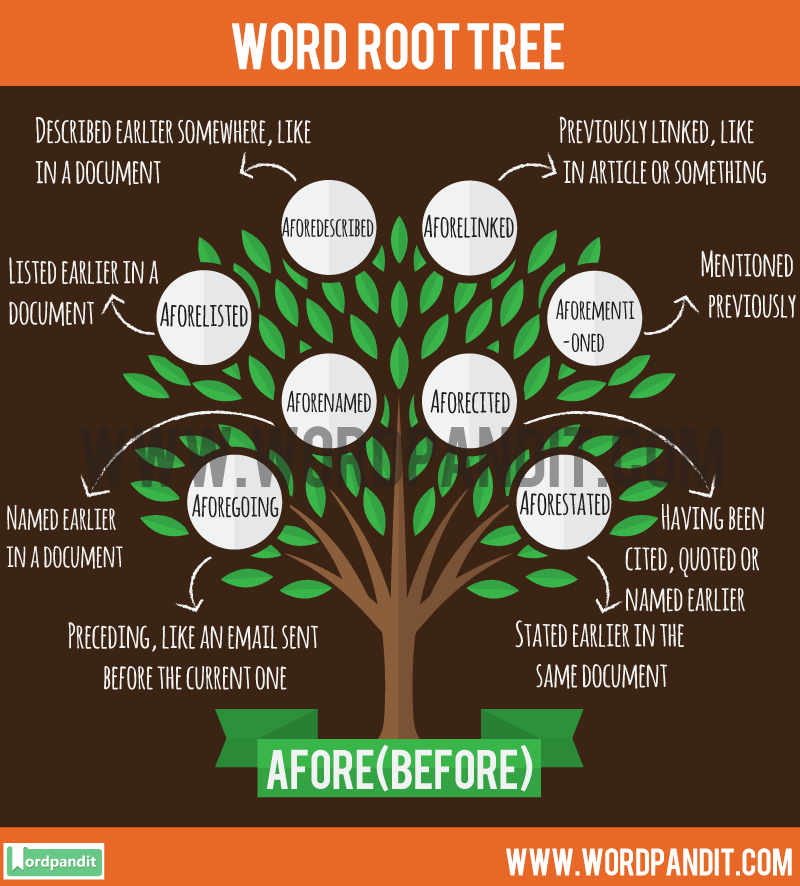 Words based on the Afro Root Word

Following is a list of words based on Afro root word:

1. Afro-American : A native of the US who is of African descent.
2. Afro-Baptist : A member of black Baptist Christian movement.
3. Afrobeat : A jazz and funk music from Nigeria.
4. Afro-Christianity : African forms of Christianity.
5. Afrocentric : Focussing on black African people.
6. African Diaspora : Diaspora(Dispersion of Jews after captivity) in Africa.
7. Afrofuturism : A cultural aesthetic that combines science-fic, history, magical realism and Afrocentricity.
8. Afro-pessimism: The feeling that future of Africa is bleak due to large number of problems.
9. Afrophile : A person who loves Africa or African people.
10. Afrophobe : A person who hates or dislikes African people or descendants from Africa.
11. Afropop : Pop music from Africa.
12. Afrosphere : African-American political blogs, taken collectively.
13. Afro-textured : Having naturally dense hair, like those from Africa and the African Diaspora.
14. Afrotropic : Major Eco zones in the world, which includes the Saharan desert and the continent.
15. Afro : Hairstyle worn by Africans, which is long, kinky hair.