What does Andr Root Word mean?
The root word -Andro comes from Greek andró(s), genitive of anḗr man. It usually refers to ‘man,male or mascuiline’. For instance, the word androgen means a male sex hormone (such as testosterone or anabolic steroids) because:

It is fair to say that words with the word root –andro/andr is mostly used in words related to men/male. 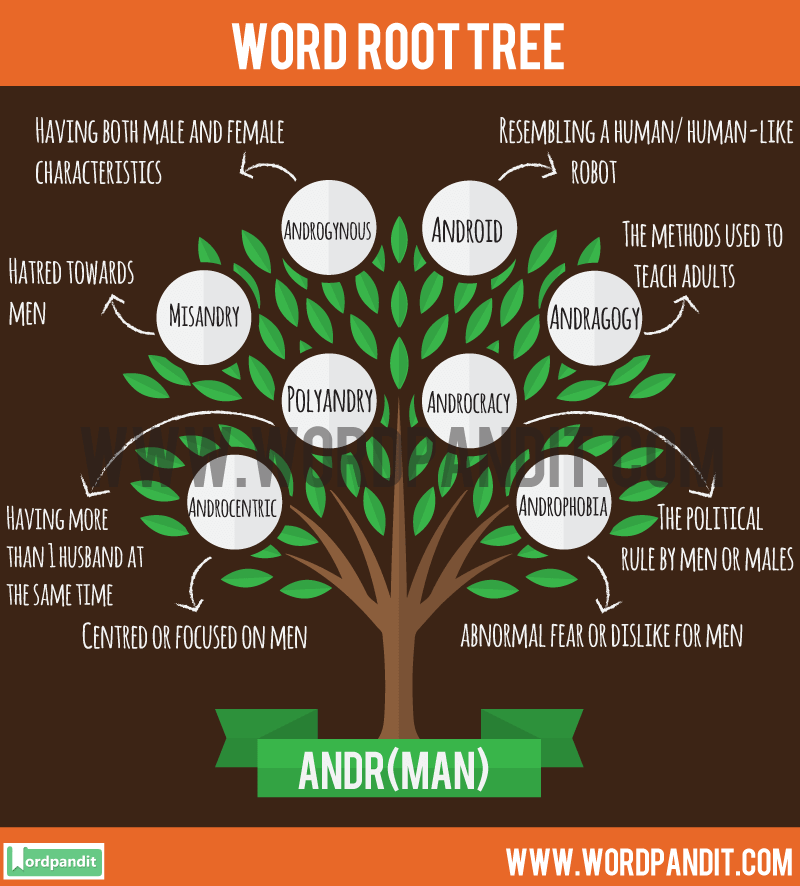 Words Based on the Andr Root Word

Following is a list of words based on Andr root word:

1. Androgynous (adj): Having both male and female characteristics.
2. Android: Resembling a human/ human-like robot.
3. Misandry: Hatred towards men.
4. Andragogy: The methods or techniques used to teach adults.
5. Polyandry: The practice of having more than 1 husband at the same time.
6. Androcracy: The political rule by men or males.
7. Androcentric: Centred or focused on men.
8. Androphobia: abnormal fear or dislike for men.
9. Andranatomy: The physical structure of the male body.
10. Androcyte: Male sex cell, especially of an immature stage.
11. Androecium: Stamen/ a name given to the whole of the male organs of a flower.
12. Psychandric: A reference to the mind of a man or men.
13. Androsome: A male-limited chromosome; literally, a male body.
14. Somandric: Relating to the body of a man.