The root word-anglo comes from Latin –‘English or British’. It denotes England or English. Let’s look at the word Anglo-American, which refers to American citizen of British origin. The word can be broken down into two parts:

By simple addition, we have:

Example sentence,
“I have an Anglo surname, I speak Spanish, and I look Indian,” Joey used to joke.
Here ‘Anglo surname’ is explicitly used to denote an English surname. 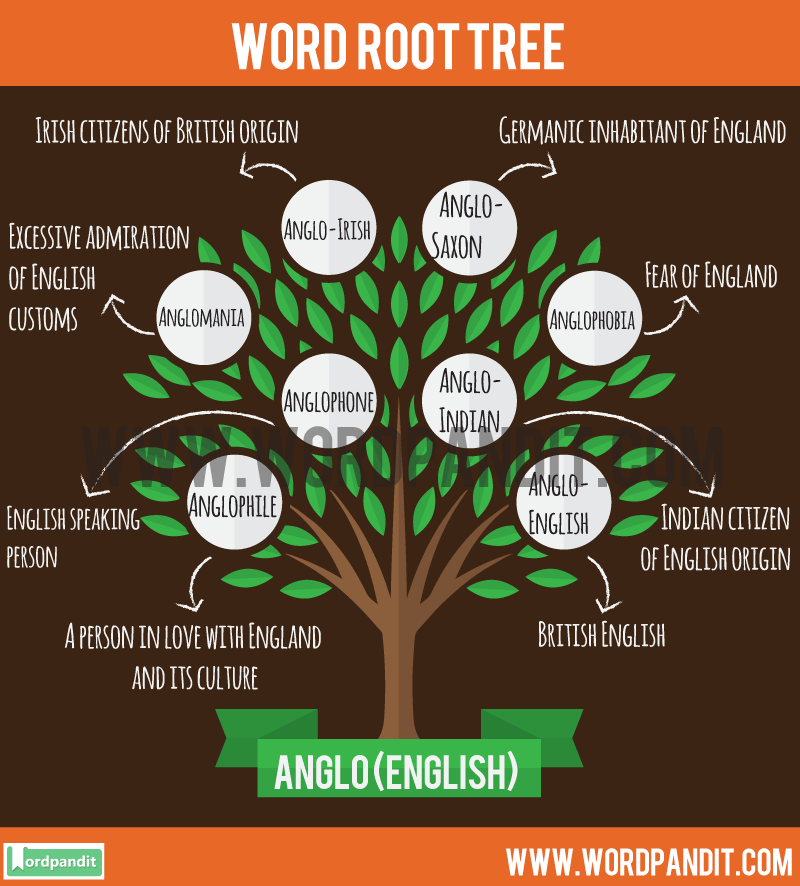 Words Based on the Anglo Root Word

Following is a list of words based on the Anglo Root Word:

We hope this article on the commonly used Alb Root Word and it has been helpful to you in remembering the words based on the Root Word Alb and enhance your vocabulary.