The root words –ant/-ent comes from Latin –‘-ant, implying an act or condition of’ and ‘-ent, someone who is inclined to’. They are used to form nouns and adjectives respectively as we shall see during the end of this root word article. Let’s look at two words pendant and pendent, the former being a noun and later being an adjective.
Pendre: Decoration projecting downwards
Ant: Condition of
Pendre+ant: A piece of jewelry hanging around a neck (noun)
Pendre+ent: Hanging down or over hanging (adjective), undecided or pending

Example sentences,
She wore a beautiful pendant that went wonderfully with her marvelous gown. (As a noun)
The dining area is lit by tasteful pendent lamps over the tables. (As an adjective) 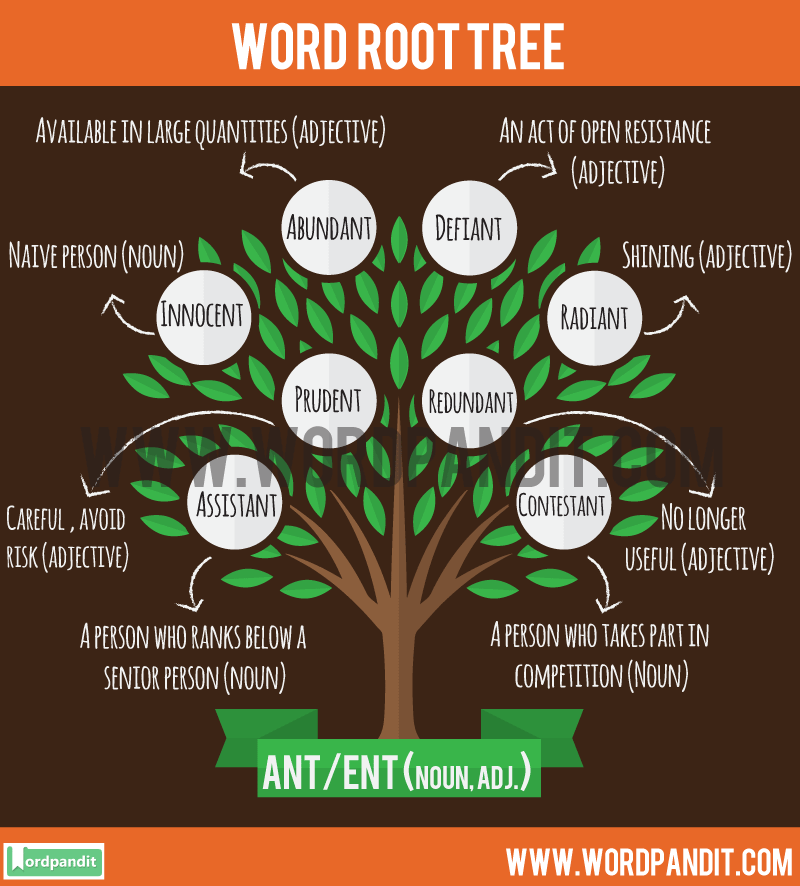 Words Based on the Ant/Ent Root Word

Following is a list of words based on the Ant/Ent Root Word: