What does the Bell root word mean?

The word ‘bell’ may ring a bell in your mind about a few common uses of this word like door bell, phone bell or for that matter Alexander Graham Bell, the inventor of telephone. Do not confuse this Latin root with the previously mentioned bell because bell root word is a Latin word which means ‘war’. In this article we will discuss the words that are based on this root word bell which are all related to war. Before that a poignant quote about war:

For those who have watched Murdoch at close quarters, his belligerent attitude came as no surprise. 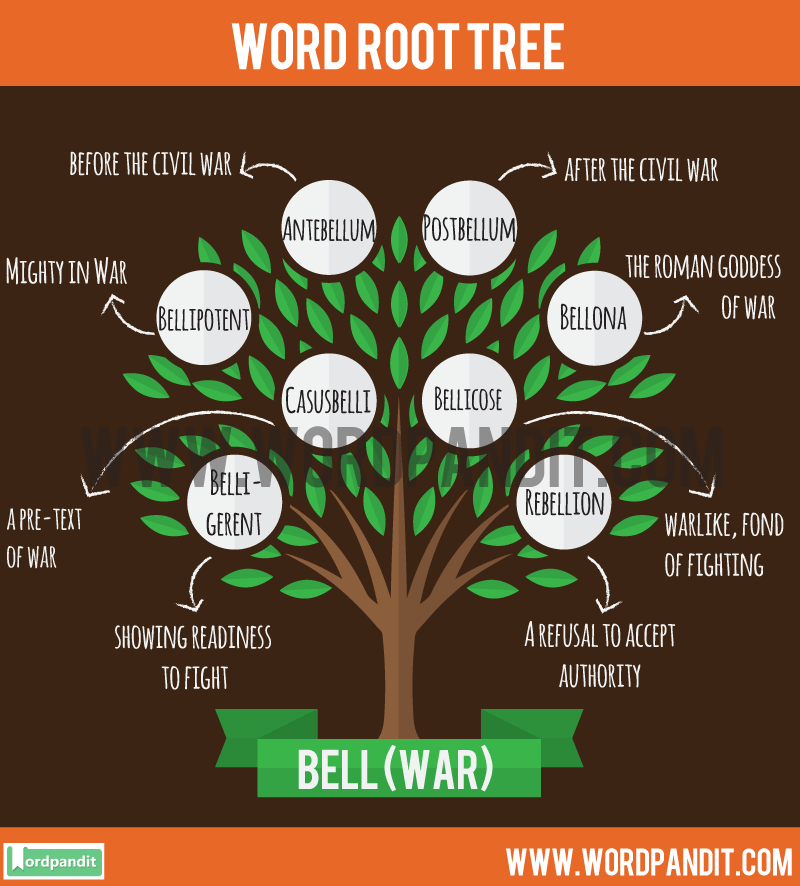 Words Based on the Bell Root Word

Following is a list of Words based on Bell Root Word:

1. Antebellum: Before the civil war
2. Postbellum: After the civil war
3. Rebellion: War against the government of a country
4. Bellow: To shout in a deep voice
5. Bellipotent: Mighty in War
6. Bellona: The roman goddess of war
7. Casus belli: A pre-text of war
8. Rebel: A person who opposes established government or leader
9. Bellicose: Warlike, fond of fighting
10. Belligerent: Feeling or showing readiness to fight
11. Pax in bello: Peace in war.
12. Rebellion: A + refusal to accept authority

Hope you are able to learn some words related to Bell Root Word from this article. Remember, it is all about increasing your vocabulary and word roots is a wonderful method of learning multiple words at the same time.