2. Fiscal Stimulus
• An increase in public spending or a reduction in the level of taxation that might be performed by a government in order to encourage and support economic growth.
• It refers to attempts to use monetary or fiscal policy to stimulate the economy.
• Stimulus can also refer to monetary policies like lowering interest rates and quantitative easing.

3. FRBM
• The Fiscal Responsibility and Budget Management Act, 2003 is an Act of the Parliament of India to institutionalize financial discipline, reduce India’s fiscal deficit, improve macroeconomic management and the overall management of the public funds by moving towards a balanced budget and strengthen fiscal prudence.
• Introduced by: Mr.Yashwant Sinha

4. Hegemon
• A supreme leader.
• Something having dominant influence or authority over others.
Usage: America is such an enlightened and benign hegemon, they argue, that most states will pant for US leadership.

6. Politburo
• A politburo or political bureau is the executive committee for communist parties.

7. Tinker
• A person who makes a living by travelling from place to place mending pans and other metal utensils.
• A mischievous child.
• Attempt to repair or improve something in a casual.
Usage: I had a brief tinker with my blog template earlier, really to just try and figure out which lines relate to which part of the screen. 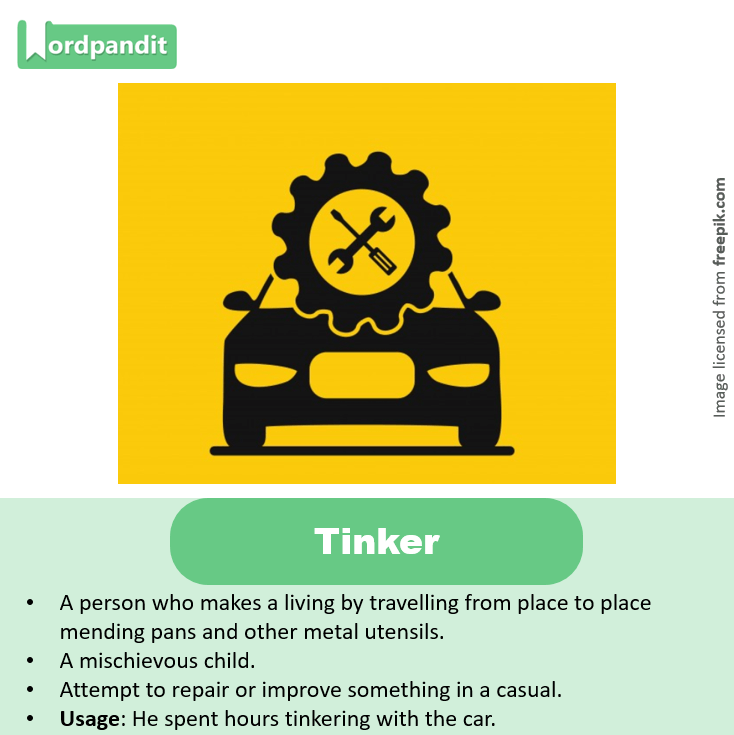 8. ‘No First Use’ (NFU) policy
• No first use refers to a pledge or a policy by a nuclear power not to use nuclear weapons as a means of warfare unless first attacked by an adversary using nuclear weapons. Earlier, the concept had also been applied to chemical and biological warfare.
• China declared its NFU policy in 1964, and has since maintained this policy.
• India first adopted a “No first use” policy after its second nuclear tests, Pokhran-II, in 1998.
• Pakistan had refused to adopt a “no-first-use” doctrine.
• Pakistan’s former foreign minister Shamshad Ahmad had mentioned that if Pakistan is ever invaded or attacked, it will use “any weapon in its arsenal” to defend itself.

9. Marinate
• Soak in a marinade.
• Marination is the process of soaking foods in a seasoned, often acidic, and liquid before cooking.
Usage: You should marinate the chicken overnight. 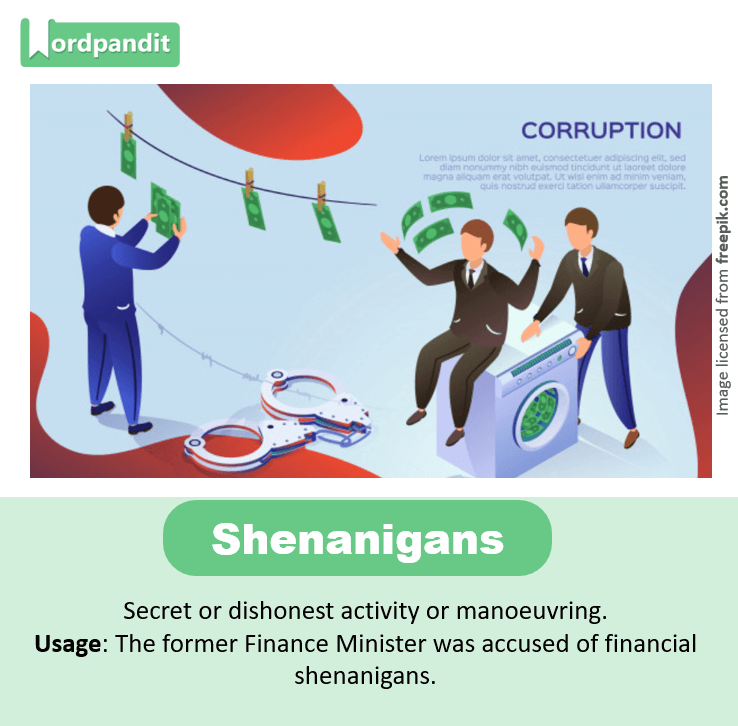 11. Put at sea
• To embark on a sea voyage.
Usage: The Griswold had put to sea the following morning.

12. Mince no words
• Speak in a forceful and direct way, especially when saying something unpleasant to someone.
Usage: The doctors didn’t mince their words, and predicted the worst. 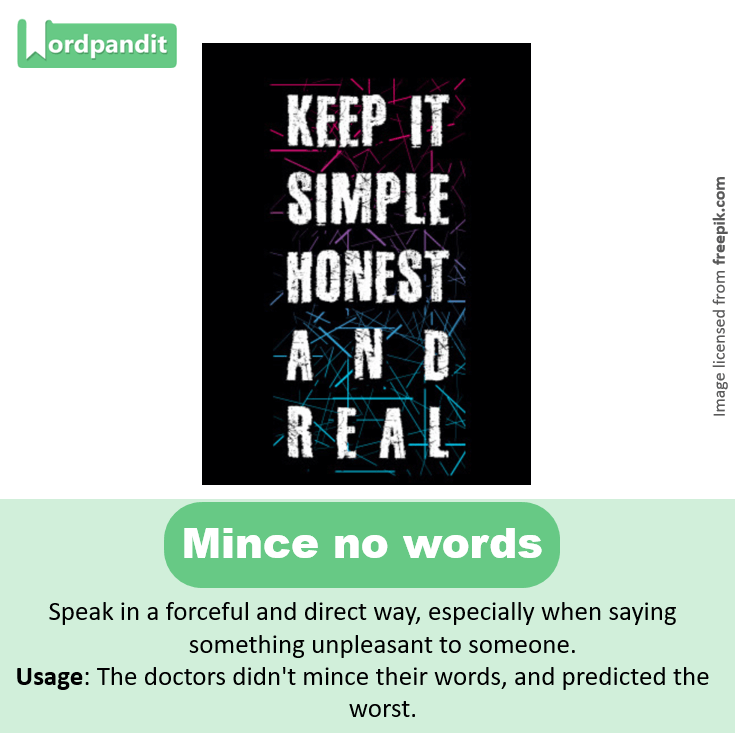