Daily Vocabulary from The Hindu: December 22, 2019

1. Conjure up
• Summon into action or bring into existence, often as if by magic
Usage: I conjured up a random number. 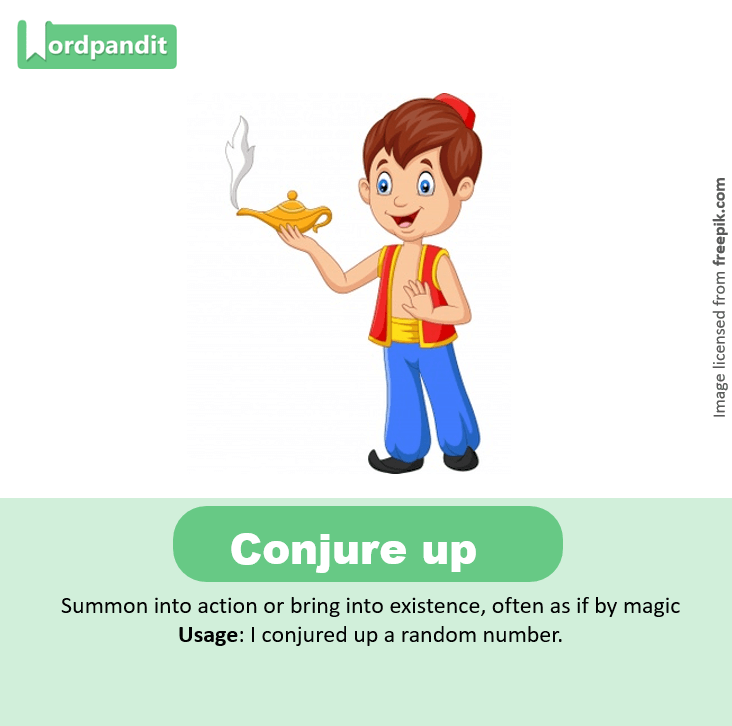 2. Chutzpah [Pronounciation: huht• spaa]
• Extreme self-confidence or audacity (usually used approvingly).
Usage: Love him or hate him, you have to admire Cohen’s chutzpah.

3. Ooze
• Give a powerful impression of a quality.
Usage: They smiled and celebrated baskets and played in a way that oozed confidence but never lacked composure.

4. Peremptorily
• Leaving no opportunity for denial or refusal; imperative.
Usage: When the students protested, the dean initially responded by peremptorily announcing that the regulations would be strictly enforced.

5. Ominous
• Giving the worrying impression that something bad is going to happen; threateningly inauspicious.
Usage: There were ominous dark clouds gathering overhead.

6. Juggernaut
• A huge, powerful, and overwhelming force. a massive inexorable force that seems to crush everything in its way.
Usage: If you’re trying to market a new Cola product, you’re up against corporate giant Coca-Cola, a beverage juggernaut if ever there was one.

7. Witch-hunt
• Witch-hunt metaphorically means an investigation that is usually conducted with much publicity, supposedly to uncover subversive activity, disloyalty and so on, but really to weaken political opposition.
• It is a hysterical pursuit of political enemies.
Usage: He claimed he was the victim of a witch-hunt by fellow officers who said he actively sought complaints against him.

8. Lame duck
• A lame duck is an elected official still in office but not slated to continue; one whose successor has already been elected or will be soon.
• A politician who has lost an election, or who is serving his last term in an office where the law limits the number of times he may succeed himself, and is simply waiting for his term to expire.
Usage: As soon as you mention leaving, management will view you as a lame duck and begin pondering your replacement. 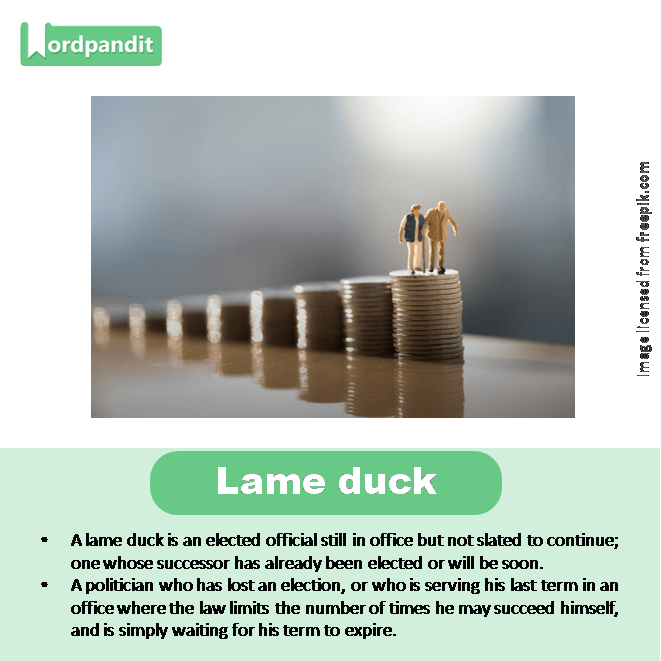 9. Stately
• Impressive or grand in size, appearance, or manner.
Usage: She spoke to hundreds who filled the historic wooden pews painted in a deep, creamy white on the church’s polished wooden ground floor and stately balcony.

10. Laden
• Heavily loaded or weighed down. filled with a great quantity. Burdened psychologically or mentally
Trivia: Laden comes from the Old English word hladan, meaning “to load, heap.”
Usage: We found ourselves ducking under branches laden with bright pink peach blossoms and stopping to marvel at the songbirds that flitted ahead of us on the trail.