1. Beset
• Trouble someone or something persistently.
Usage: The social problems that beset India, should be addressed. 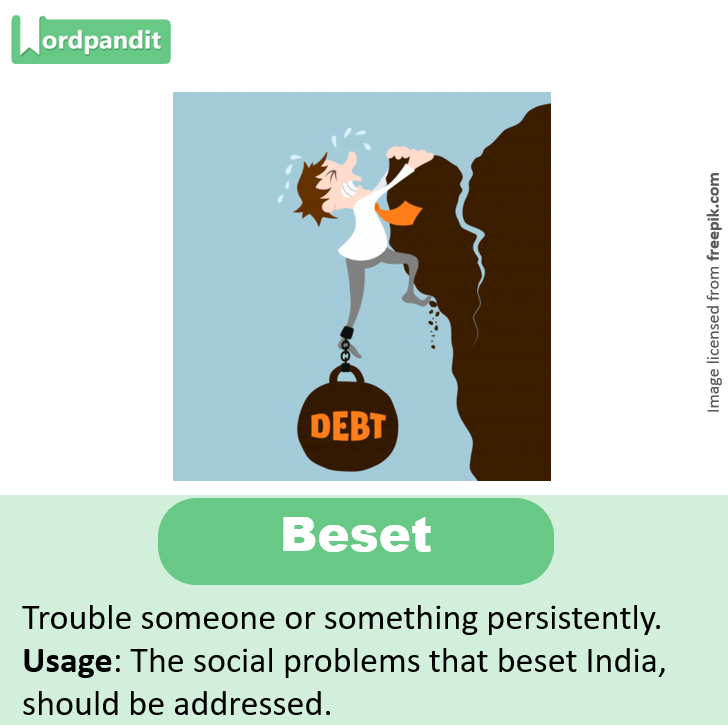 2. Lean on
• To depend on someone
Usage: Everybody needs someone to lean on in times of trouble.

3. Fillip
• Something which acts as a stimulus or boost to an activity.
Usage: The reduction of tax on electric cars would provide a fillip to the ‘Clean Energy and Green Energy Initiative’.
Synonyms: stimulus, stimulation, stimulant, boost, encouragement 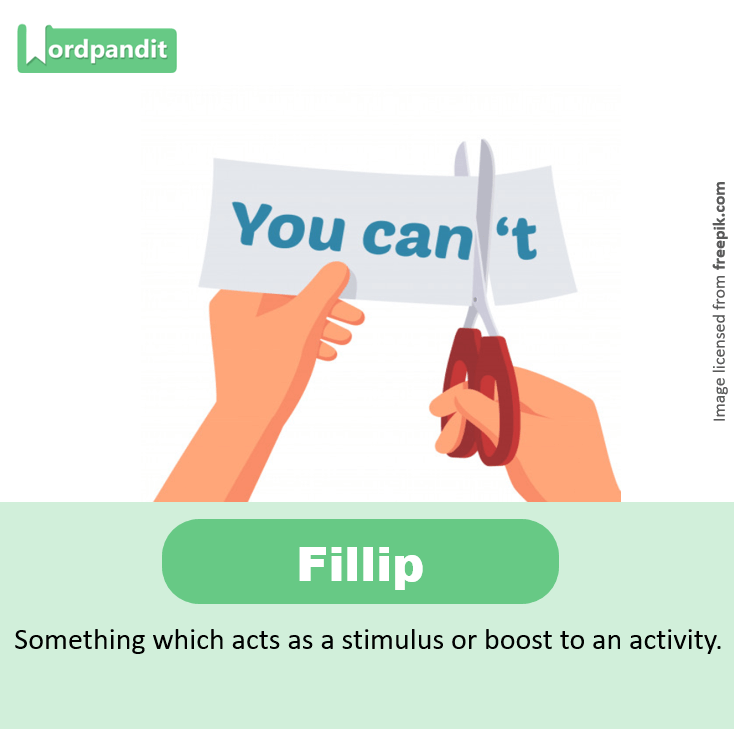 4. Retrofit
• Add a component or accessory to something that did not have it when manufactured.
• Retrofitting refers to the addition of new technology or features to older systems.
Usage: They car companies retrofitted all the old models with new carburetors

5. Spook
• Frighten or unnerve.
Usage: He’ll be spooked if we make any noise

7. Crept up
• To approach someone or something slowly and often stealthily.
• To encroach upon one or something gradually over time.
Usage: The weeds have been really creeping up on the edge of the yard over the last few years.

8. Silver bullet
• A simple and seemingly magical solution to a complicated problem.
Usage: There is no ‘silver bullet’ that can prevent flooding entirely in Mumbai. 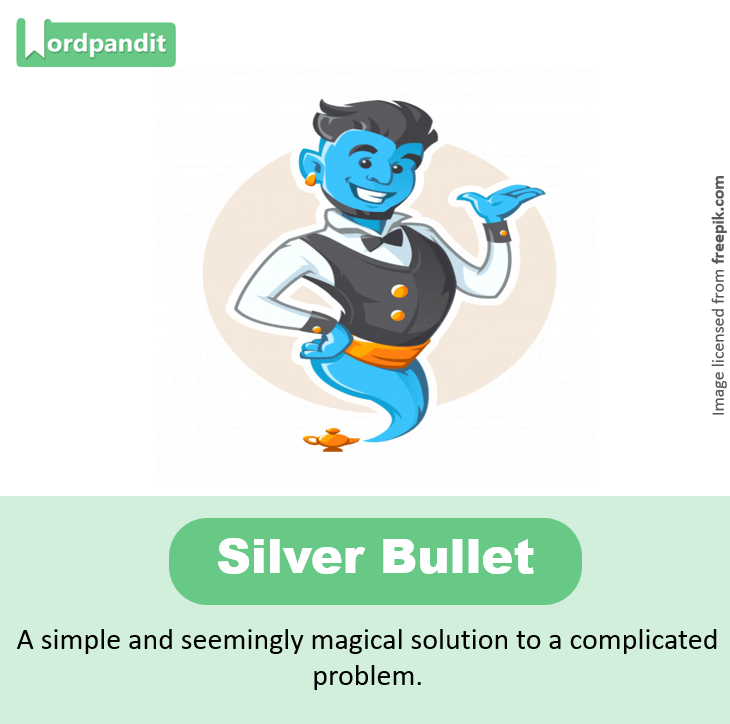 9. Angel tax
• Angel Tax is a 30% tax that is levied on the funding received by start-ups from an external investor.
• This 30% tax is levied when start-ups receive angel funding at a valuation higher than its ‘fair market value’.
• It is counted as income to the company and is taxed.

11. Triumphalist
• Triumphalism is the attitude or belief that a particular doctrine, religion, culture, or social system is superior to and should triumph over all others.
Usage: They exhibited a triumphalist celebration of their supremacy.

12. Invective/Vituperation
• Invective is abusive, reproachful, or venomous language used to express blame or censure
• A form of rude expression or discourse intended to offend or hurt, or deeply seated ill will, vitriol. The Latin adjective invectivus means ‘scolding.’
Usage: he let out a stream of invective.