1. Conundrum
• a confusing and difficult problem or question.
Usage: An example of a conundrum is a challenging riddle to which you can’t figure out the answer.
Synonyms: problem, difficult question, vexed question, difficulty, quandary 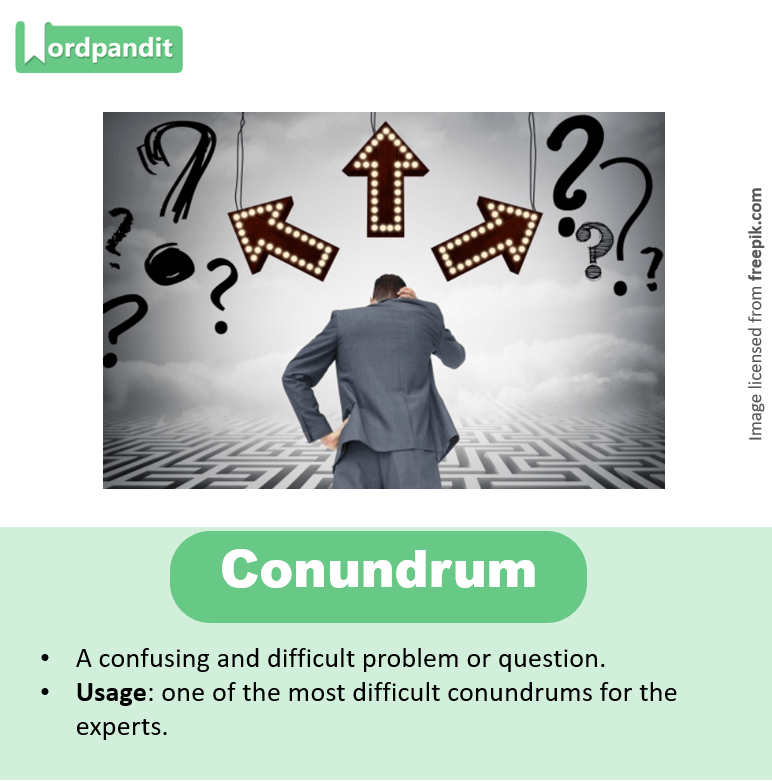 2. Expedient
• a means of attaining an end, especially one that is convenient but possibly improper or immoral.
Usage: I thought email was the most expedient way to communicate with distant relatives
synonyms: measure, means, method, stratagem, scheme, plan

3. Transpire
• Of a secret or something unknown come to be known.
Usage: It is transpired that millions of dollars of debt had been hidden in a complex web of transactions.
synonyms: Become known, become apparent, be revealed, be disclosed, come to light
• Of a plant or leaf give off water vapour through the stomata. 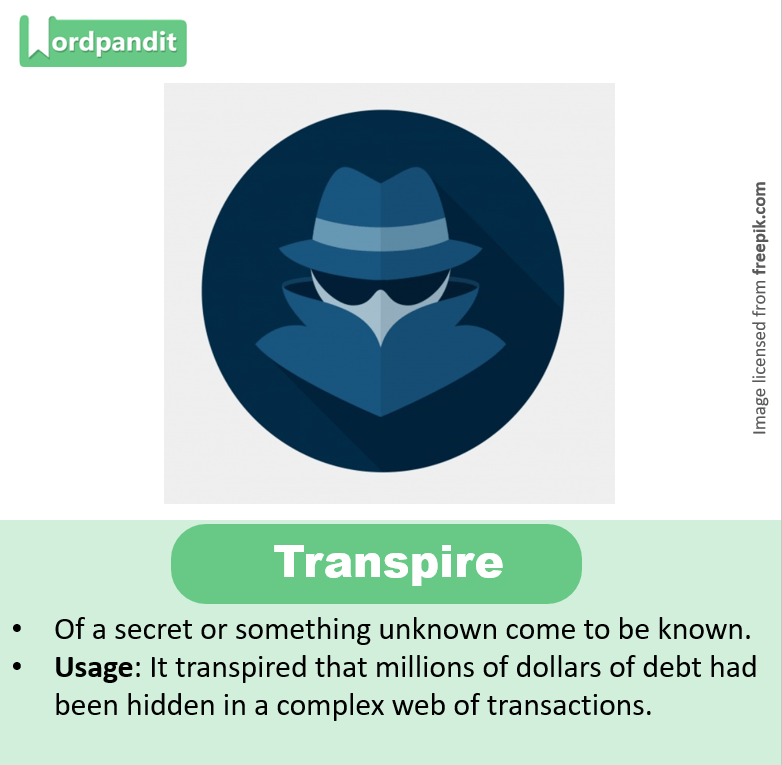 4. Frenetic
• fast and energetic in a rather wild and uncontrolled way.
Usage: After a week of working at a frenetic pace, she was more than ready for Saturday.
synonyms: frantic, wild, frenzied, hectic, fraught

5. Cynosure
• A person or thing that is the centre of attention or admiration.
Usage: Let faith be your cynosure to walk by. 6. Recoup
• regain something lost or expended.
Usage: Rains have helped recoup water levels.
Synonyms: get back, regain, recover, win back

7. Inveigle
• Persuade someone to do something by means of deception or flattery.
Usage: We cannot inveigle him into signing the property papers.
synonyms: cajole, wheedle, coax, persuade

8. Family estrangement
• Family estrangement is the loss of a previously existing relationship between family members, through physical and/or emotional distancing, often to the extent that there is little or no communication between the individuals involved for a prolonged period. 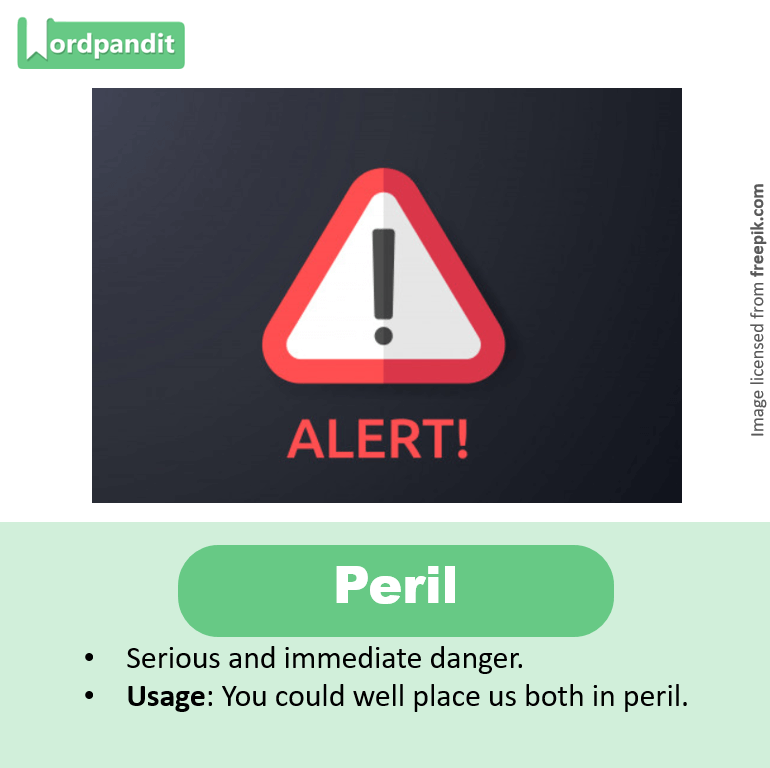 10. Ineluctable
• Unable to be resisted or avoided or inescapable.
Usage: Those war plans rested on a belief in the ineluctable superiority of the offense over the defense

11. Concretisation
• To render concrete; make real or specific.
• Give tangible form to
Usage: This proof gave Concretisation to our case.

• The Byzantine Empire, also referred to as the Eastern Roman Empire or Byzantium, was the continuation of the Roman Empire in its eastern provinces during Late Antiquity and the Middle Ages, when its capital city was Constantinople.

13. Swashbuckler
• Engage in daring and romantic adventures with bravado or flamboyance.
• A swashbuckler is a heroic archetype in European adventure literature that is typified by the use of a sword, acrobatics and chivalric ideals. The archetype also became common as a film genre.