1. Espionage
• Espionage or spying is the act of obtaining secret or confidential information without the permission of the holder of the information. Spies help agencies uncover secret information.
• Any individual or spy ring, in the service of a government, company or independent operation, can commit espionage.
Usage: Over 60 of its members, including its leader, were arrested and accused of espionage, subversive activities and other crimes.

2. Ab initio
• From the beginning.
Usage: While ab initio prediction is clearly the most difficult, it is arguably the most useful approach. 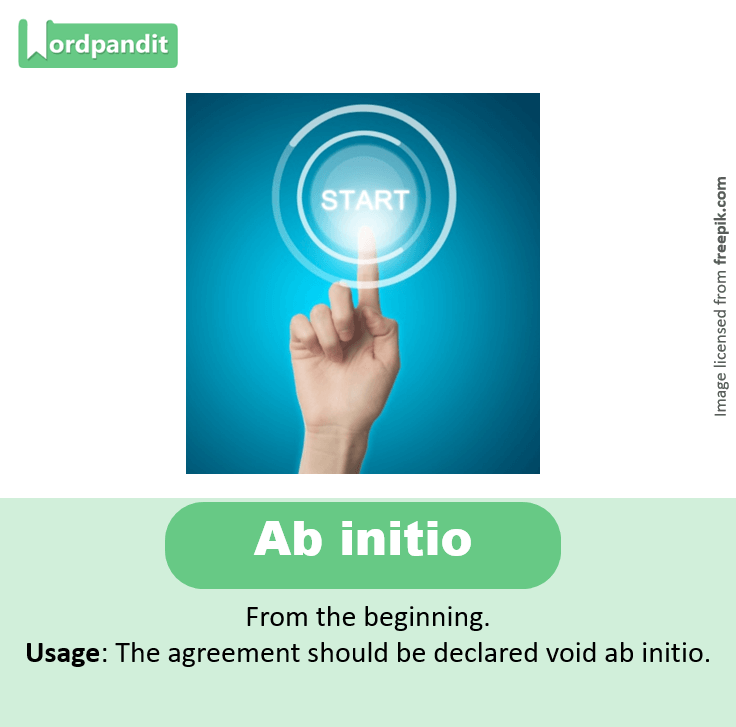 3. Pandemic
• Of a disease prevalent over a whole country or the world.
Usage: The results may have been skewed by an influenza pandemic.

4. Flounder
• Struggle or stagger clumsily in mud or water.
Usage: She is floundering in college because of the language barrier. 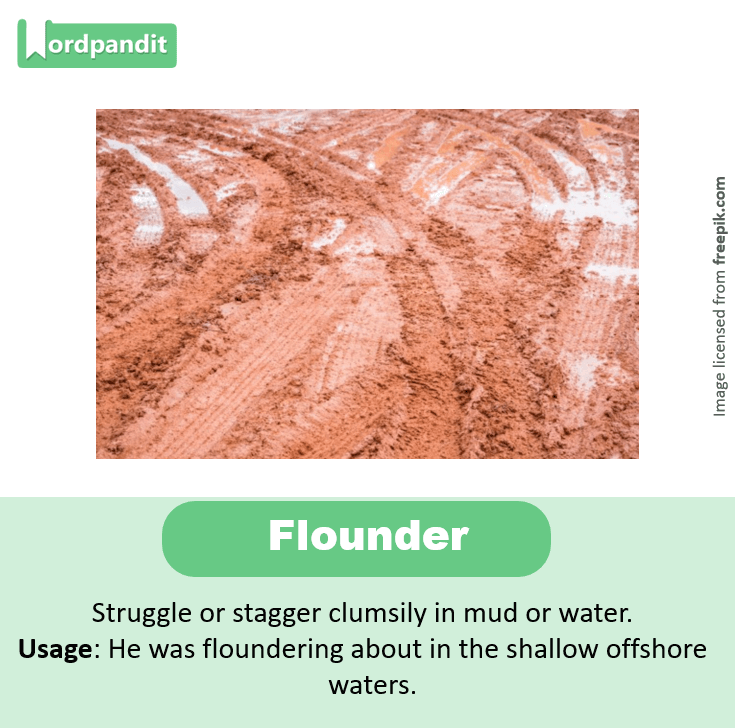 5. Forestall
• Prevent or obstruct an anticipated event or action by taking advance action.
Usage: These can weaken the enemy, forestall his attack, and potentially force his retreat. 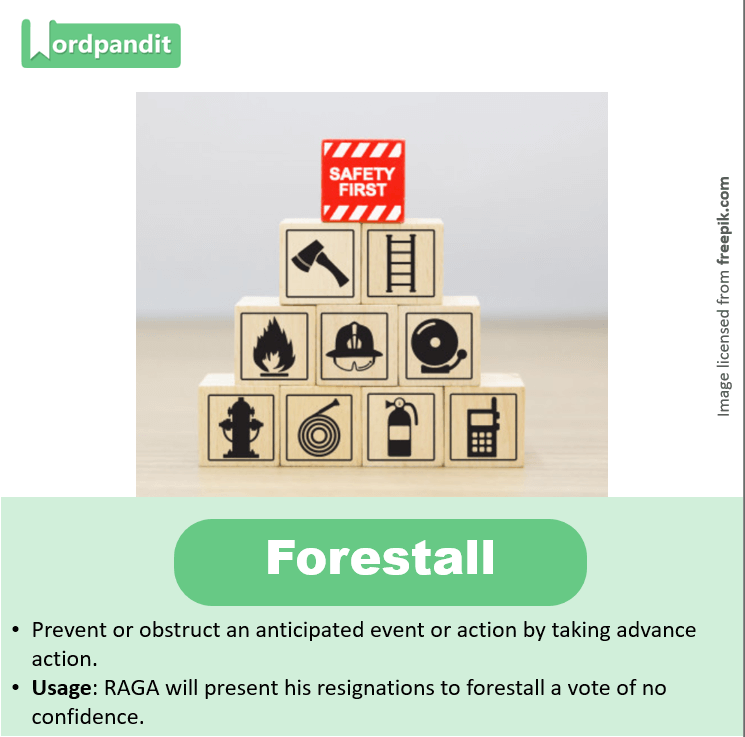 6. Perverse
• Showing a deliberate and obstinate desire to behave in a way that is unreasonable or unacceptable.
• Contrary to the accepted or expected standard or practice.
Usage: Kate’s perverse decision not to cooperate held good.

7. Internment
• Internment is the imprisonment of people, commonly in large groups, without charges or intent to file charges, and thus no trial.
• The term is especially used for the confinement “of enemy citizens in wartime or of terrorism suspects”.
Usage:With art supplies at a minimum, he focused on drawing during his two-year internment.

8. Treading on one’s toes
• Say or do something that upsets or annoys someone, especially by involving yourself in matters that are not your responsibility.
Usage: I want to help Johnny out on his project, but I know he’s very proud, and I don’t want to tread on his toes in any way.

9. Anodyne
• Not likely to cause offence or disagreement and somewhat dull.
Usage: Anodyne music is playing in cafe.

10. Vet
• Make a careful and critical examination of something.
Usage: Proposals for vetting large takeover bids.

11. Hone
• Sharpen or refine or perfect something over a period of time.
Usage: Some of the best players in the world honed their skills playing street football. 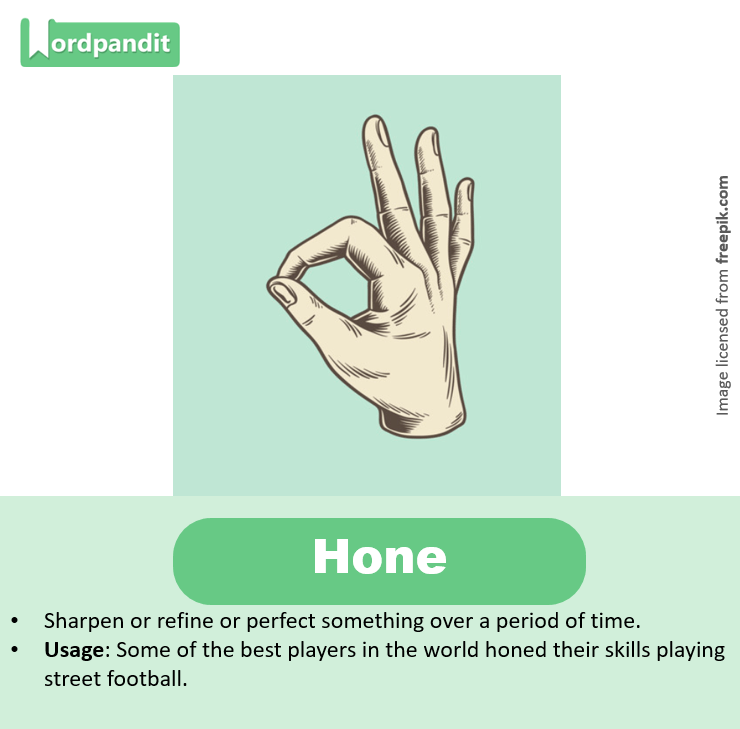 12. Driblets
• A thin stream or small drop of liquid.
Usage: Driblets of spittle run from her mouth.
• A small or insignificant amount.
Usage: The prisoners were let out in driblets.

13. Aspersion
• An attack on the reputation or integrity of someone or something.
Usage: I don’t think anyone is casting aspersions on the Prime Minister.