1. Indigenous vs Ingenious
• Indigenous means ‘native’.
Usage: This herb is indigenous to India.
• Ingenious means ‘clever or genius’.
Usage: He came up with an ingenious solution to the problem.

3. Deluge
A severe flood, an overwhelming amount of water, the feeling of being overwhelmed, like you’re underwater
Usage:
– Mumbai was deluged by the heavy rains.
– You’ve been given a deluge of homework over vacation: a dozen term papers, two dozen books to read, and a mile-high stack of math problems.

4. Stratum
• Plural noun: strata
• A level or class to which people are assigned according to their social status, education, or income.
Usage: Members of other social strata are not as good as us.

5. Social stigma
Social stigma is the disapproval of, or discrimination against, a person based on perceivable social characteristics that serve to distinguish them from other members of a society. Social stigmas are commonly related to culture, gender, race, intelligence and health.
Usage- Being an unmarried mother no longer carries the social stigma that it used to.

6. Subversion
The undermining of the power and authority of an established system or institution.
Usage: “It will be a tough task and will likely prompt yet more Russian aggression or subversion.” 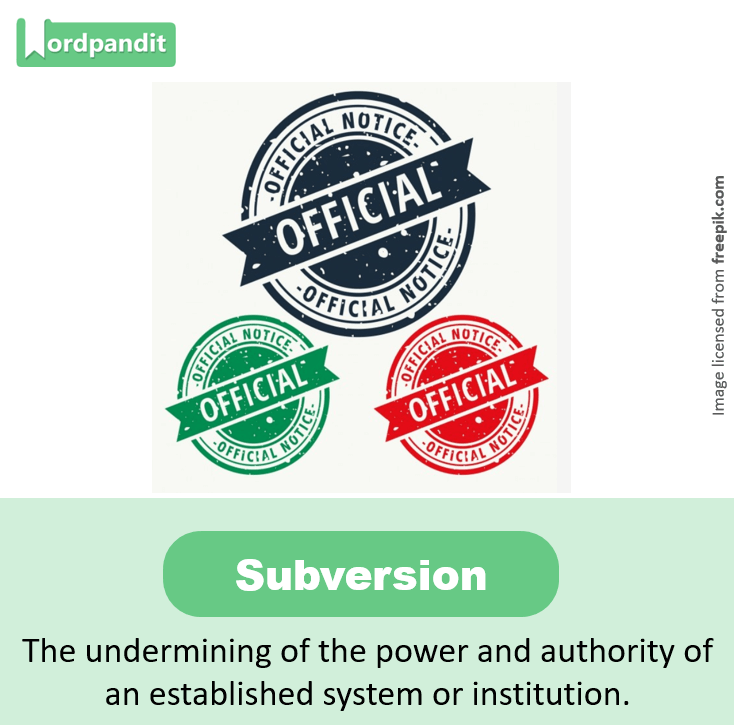 8. Spectre
Something widely feared as a possible unpleasant or dangerous occurrence.
Usage: “We must face up to the spectres of the past,” Merkel said 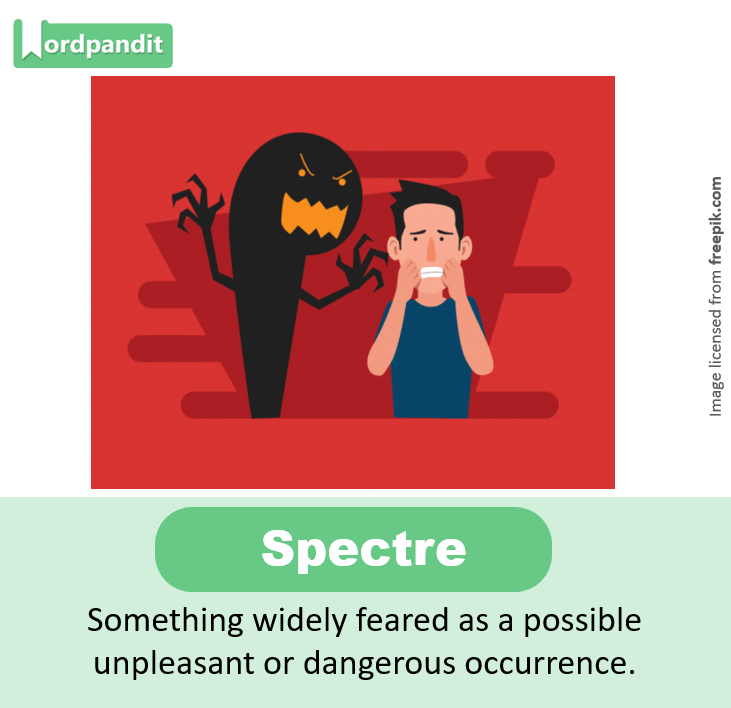 9. Domino effect
• A domino effect or chain reaction is the cumulative effect produced when one event sets off a chain of similar events. The term is best known as a mechanical effect and is used as an analogy to a falling row of dominoes.
• Global financial markets have been subjected to gyrations that seem to come in greater numbers.
• These have been associated with so called domino effects, chain reactions caused by something unexpected.
• Often times a chain reaction occurs because there is linkage between markets, economies, societies and politics.
Usage- “Morris talking about theinequality that women face, and also sees the domino effect of #MeToo and hopes even young girls will speak more freely with their parents and at school.” 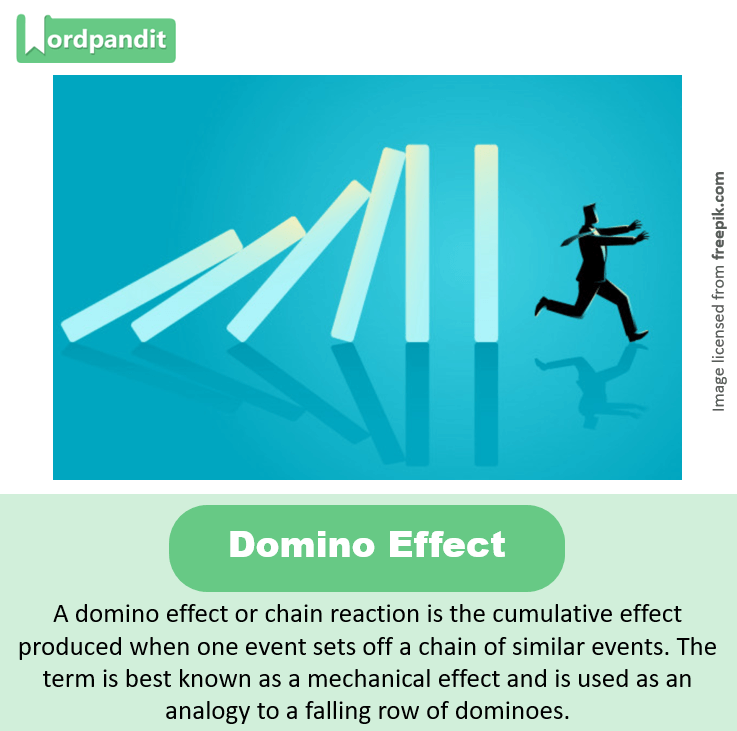 10. Clientelism
• Clientelism is the exchange of goods and services for political support, often involving an implicit or explicit quid-pro-quo.
• Clientelism involves an asymmetric relationship between groups of political actors described as patrons, brokers, and clients.
Usage – “the political culture is steeped in corruption and clientelism”

11. Exchequer
In the civil service of the United Kingdom, Her Majesty’s Exchequer, or just the Exchequer, is the accounting process of central government and the government’s current account i.e. money held from taxation and other government revenues in the Consolidated Fund.
-Individual in the government who is in charge of the money: the treasurer.
Usage- It is the job of the Chancellor of the Exchequer to oversee the collection and distribution of those funds.

12. Retribution
Punishment inflicted on someone as vengeance for a wrong or criminal act.
Usage: Top officers, grateful for perks and fearful of retribution, are often more preoccupied with pleasing Political Party chiefs than with national welfare. 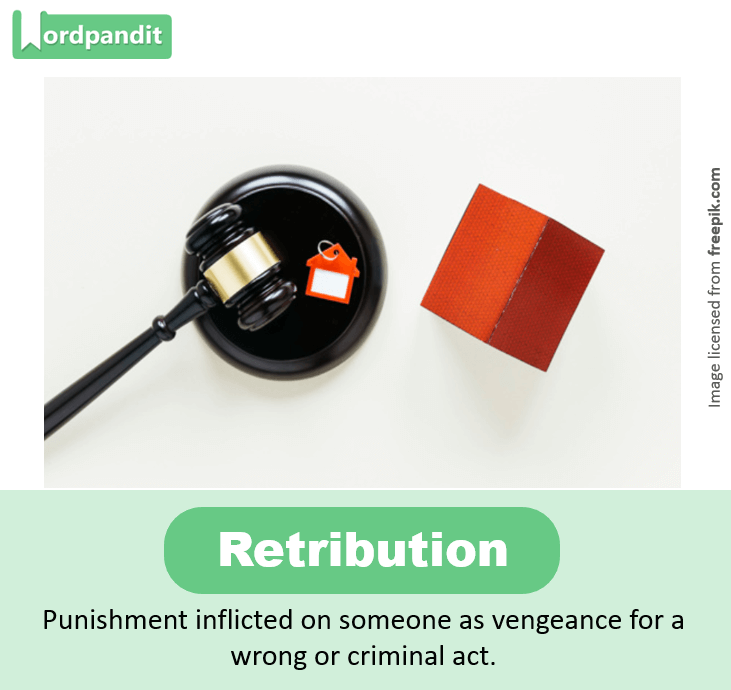