1. Inveigle
• Persuade someone to do something by means of deception or flattery.
Usage: Speechless I stood by as June was able to inveigle her way into the private club by flirting with the security guard.
Synonyms: cajole, wheedle, coax.

2. Quarantine
• A quarantine is used to separate and restrict the movement of people.
• It is a “restraint upon the activities or communication of persons or the transport of goods designed to prevent the spread of disease or pests,” for a certain period of time.
Usage: Patients are considered contagious and should remain in quarantine until all scabs separate. 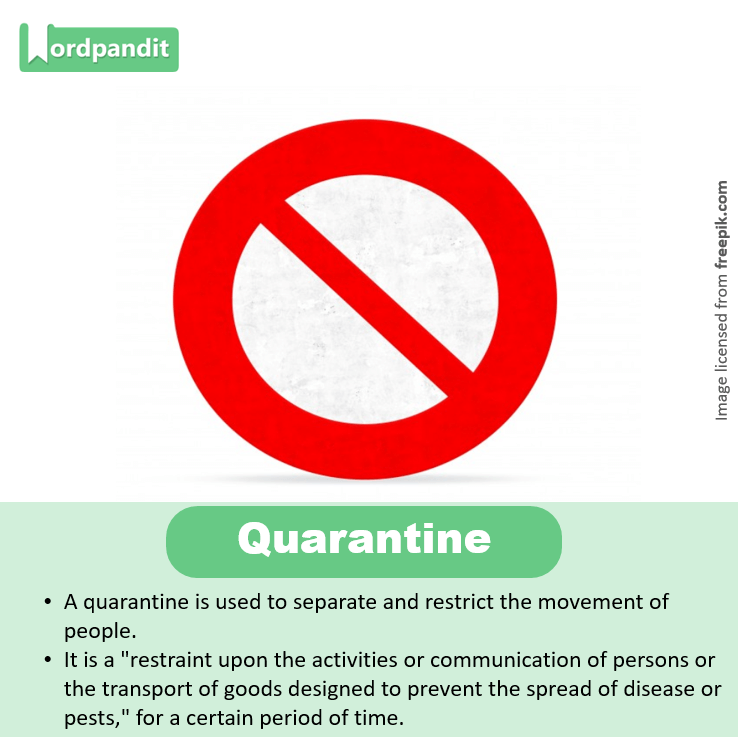 3. Pilfer
• Steal things of little value.
Usage: Within a population of scatter hoarders, the ability of individuals to pilfer food from one another probably varies.

4. Threadbare
• Becoming thin and tattered with age.
• Poor or shabby in appearance.
Usage: The bed had a thick straw pallet for mattress, and the sheets were threadbare and grubby, but they had slept on worse.

5. Archipelago
• An archipelago, sometimes called an island group or island chain, is a chain, cluster or collection of islands, or sometimes a sea containing a small number of scattered islands.
Example: Indonesia. 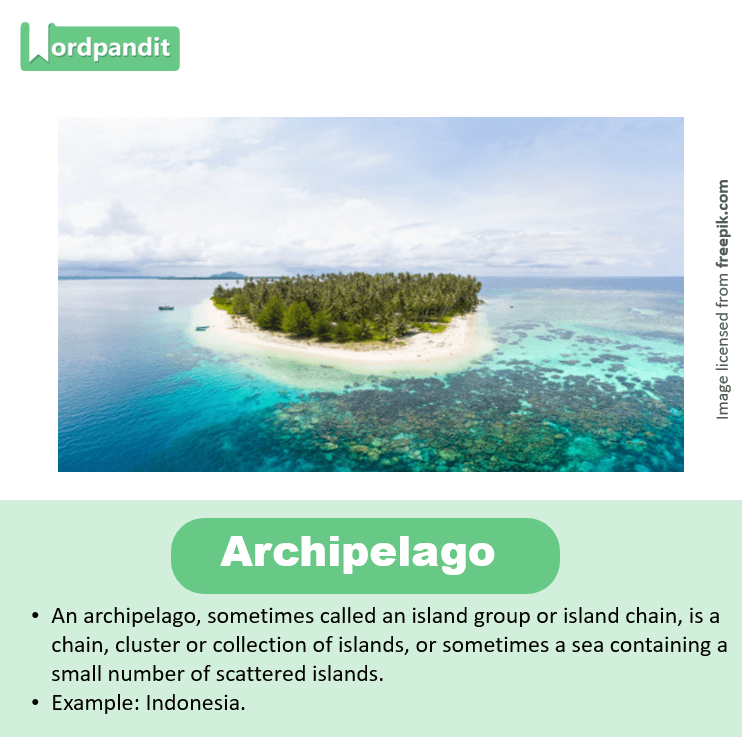 6. Ledger
• A ledger is the principal book or computer file for recording and totalling economic transactions measured in terms of a monetary unit of account by account type, with debits and credits in separate columns and a beginning monetary balance and ending monetary balance for each account.

7. Remnant
• A part or quantity that is left after the greater part has been used or removed, or destroyed.
Usage: This sites are an endangered remnant of a primeval Nalanda. 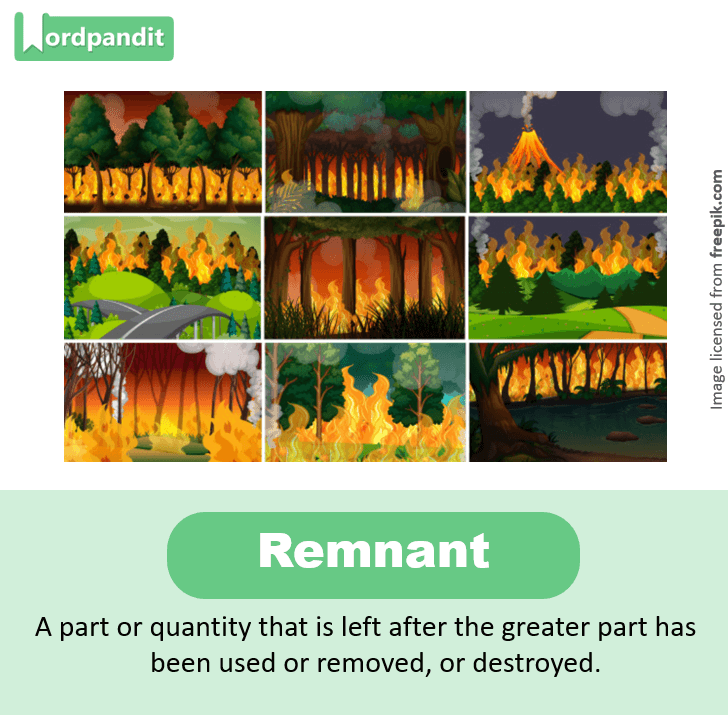 8. Cartel
• A cartel is a group of apparently independent producers whose goal is to increase their collective profits by means of price fixing, limiting supply, or other restrictive practices.
• Cartels typically control selling prices, but some are organized to force down the prices of purchased inputs.

9. Cohort
• A cohort is a group of subjects who share a defining characteristic.
• Cohort data can oftentimes be more advantageous to demographers than period data. Because cohort data is honed to a specific time period, it is usually more accurate.
Usage: A causal relation between asthma and obesity is supported by data from cohort studies.

10. Flit
• Move swiftly and lightly.
Usage: Small birds flitted about in the branches. 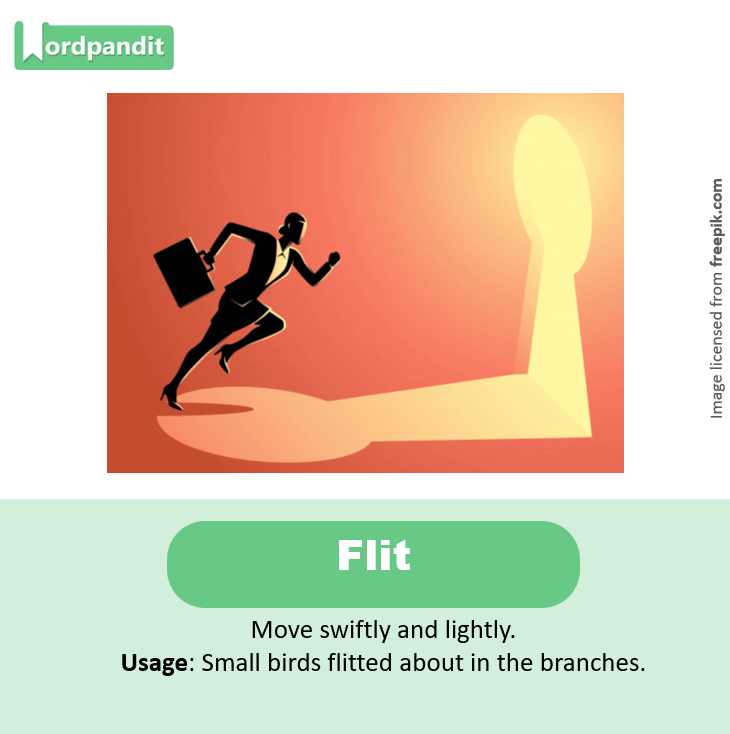 11. Upend
• Set or turn something on its end or upside down.
Usage: Open all the little bottles they give you and upend them in the water.

12. Embodiment
• A tangible or visible form of an idea, quality, or feeling.
Usage: She seemed to be a living embodiment of vitality.

13. Cabal
• A cabal is a secret plot, or a small group of people who create such a plot.
• Some conspiracy theories are based on the idea that governments worldwide are in the hands of a powerful cabal. Cabal comes from the word cabbala (also spelled kabbala), which refers to a Jewish tradition of interpreting texts.