1. Entail
• Involve in something as a necessary or inevitable part or consequence.
Usage: Jackson’s versions of happy endings often entail a paradisal communion of human and animal.
• In Law, It means limit the inheritance of property over a number of generations so that ownership remains within a particular family or group.

2. Wade in
• To start to do or say something in a forceful way, often without thinking about it carefully.
Usage: Even when she knows nothing about it, she wades in with her opinion. 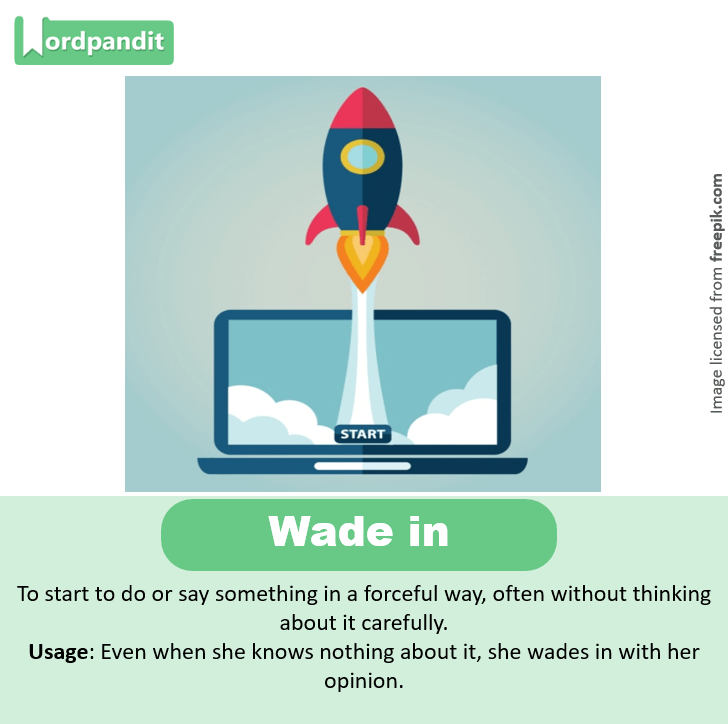 3. Plebiscite
• The direct vote of all the members of an electorate on an important public question such as a change in the constitution.
• A referendum can be called a plebiscite or ballot question in which the electorate is given the choice of accepting or rejecting a certain proposal. 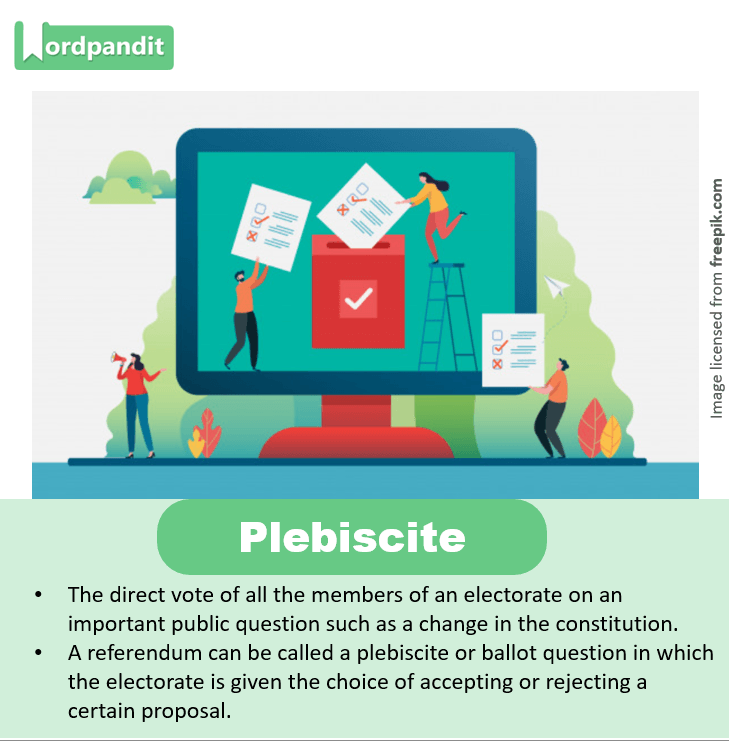 4. Concoction
• Concoction was the process of digestion, as conceived by Aristotle who theorized that this was the result of the heat of the body acting upon the material, causing it to mature and ripen.
Usage: Once this concoction is ready, be careful to drink it in without any garnishing in a brandy balloon glass.

6. Waggle
• Move or cause to move with short quick movements from side to side or up and down.
Usage: His arm waggled after that incident.
Synonyms: wag, shake, wiggle, and wobble.

7. Epiphragm
• An epiphragm is a temporary structure which can be created by many species of shelled, air-breathing land snails, and terrestrial pulmonate gastropod mollusks. It can also be created by freshwater snails when temporary pools dry up.

8. Slew
• Turn or slide violently or uncontrollably.
Usage: The Renault Duster slewed from side to side in the snow.

9. Impugn
• Dispute the truth, validity, or honesty of a statement or motive.
• Call into question.
Usage: Wrap himself in the flag and impugn the patriotism of any who would question his moral superiority. 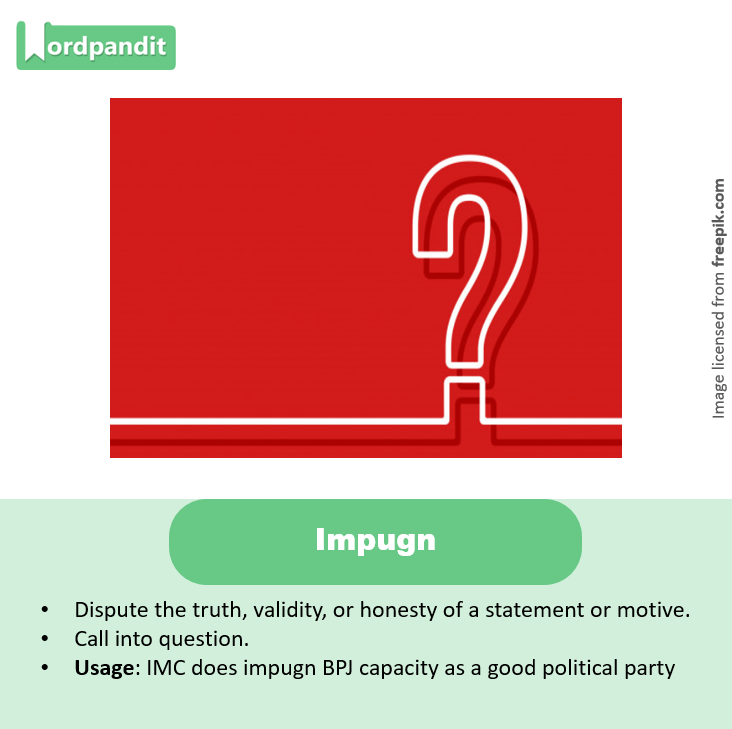 10. Prong
• Each of the separate parts of an attack or operation, typically approaching a place or subject from different positions.
Usage: Military action is but a single prong of a much larger and broader effort to halt the threat of terrorism.

11. Largesse
• Generosity in bestowing money or gifts upon others.
Usage: Thanks to the largesse of the airline caterers, they have lived like kings ever since.