1. Ordinance
Ordinances are laws that are promulgated by the President of India on the recommendation of the Union Cabinet. They can only be issued when Parliament is not in session. They enable the Indian government to take immediate legislative action.
Usage: The task force will evaluate potential uses for the jail, where detainees are held for violating city ordinances and minor traffic violations.

2. Promulgation
Promulgation is the formal proclamation or declaration that a new statutory or administrative law is enacted after its final approval. In some jurisdictions, this additional step is necessary before the law can take effect.
Usage: A new constitution was promulgated last month.

4. Ineffaceable
Unable to be erased or forgotten.
Usage: The shark attack on him made an ineffaceable impression on his mind. 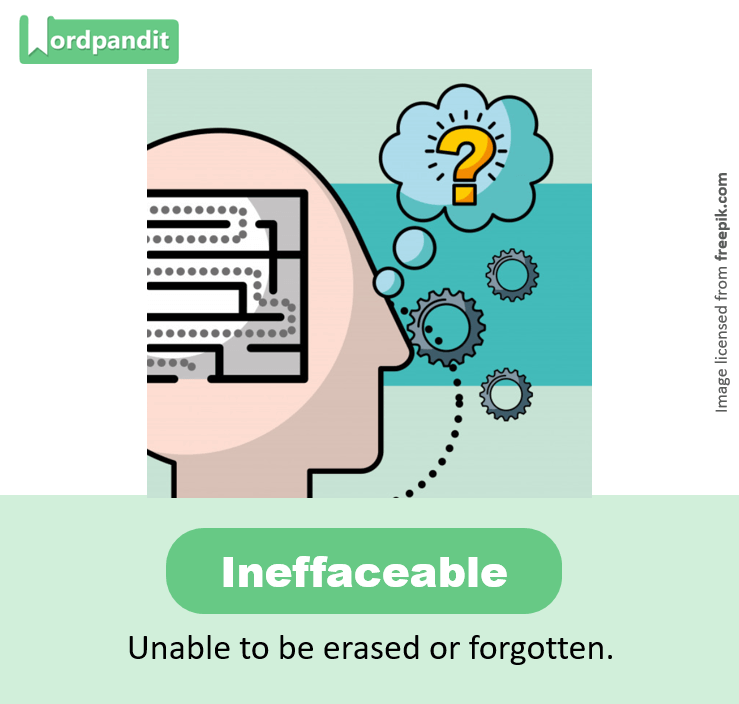 5. Indelible
Not able to be forgotten or cannot be removed.
Usage: The movie ‘The Gone Girl’ has made an indelible impression on me.

6. Stigmata
• Stigmata is a term used in Christian mysticism to describe the manifestations of bodily wounds, scars and pain in locations corresponding to the crucifixion wounds of Jesus Christ, such as the hands, wrists, and feet.
• An individual bearing the wounds of stigmata is referred to as a stigmatist or a stigmatic.
Usage: And when she cuts her hand on his knife, the wounds on her hands look like stigmata.

7. Pogrom
• A pogrom is a violent riot aimed at the massacre or persecution of an ethnic or religious group, particularly one aimed at Jews.
• The Russian term originally entered the English language in order to describe 19th and 20th-century attacks on Jews in the Russian Empire.
• Usage: Hundreds of black communities were destroyed by racial terrorism and pogroms in America during that same period. 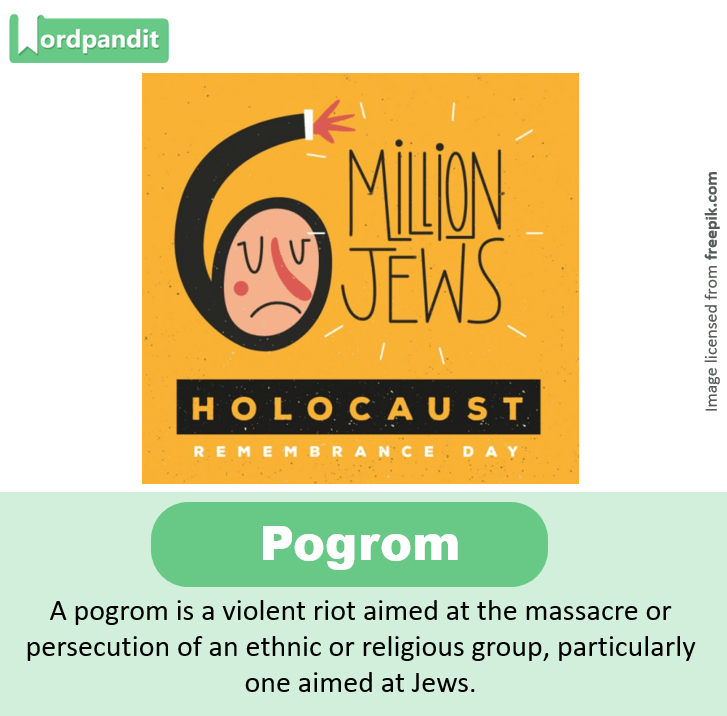 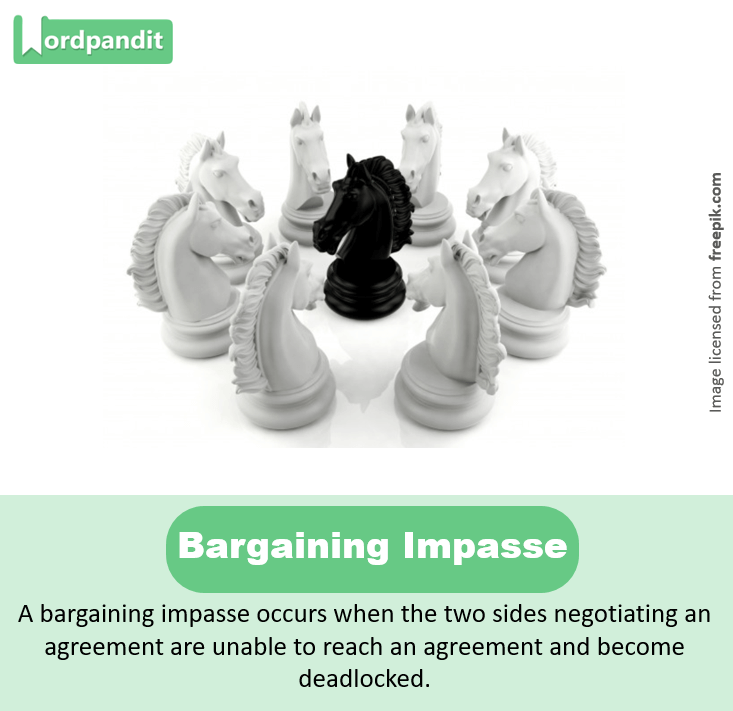 9. Logjam
• A log jam is an accumulation of large wood that can span an entire stream or river channel.
• A situation which seems irresolvable.
Usage: The President can use his power to break the logjam over Kashmir. 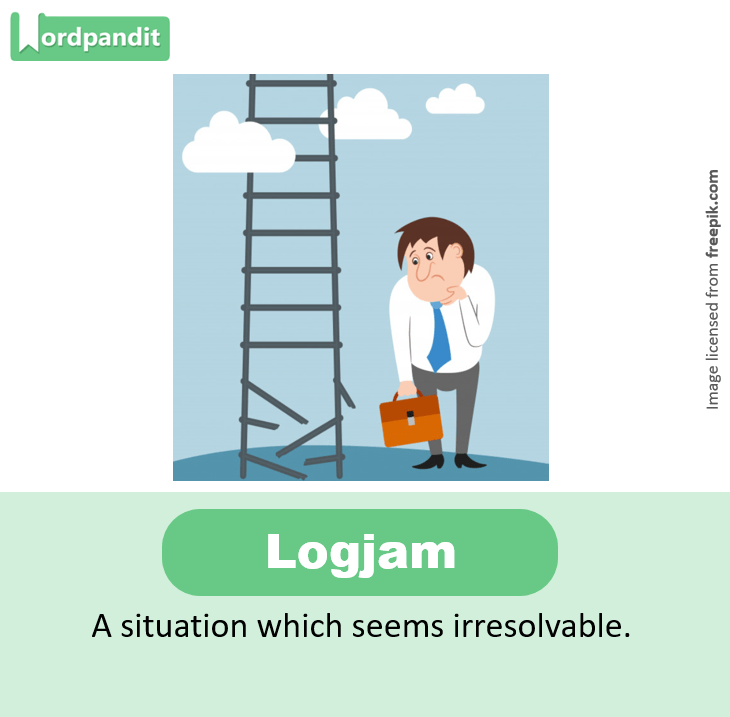 10. Repatriation
Repatriation is the process of returning an asset, an item of symbolic value or a person – voluntarily or forcibly – to its owner or their place of origin or citizenship.
Usage: Imprisonment in North Korea for life, or repatriation back to it, were proposed only to be rejected as too dangerous.

11. Off-the-cuff
Without preparation.
Usage: The teacher took a surprise test and there were very difficult questions asked to answer off the cuff.

12. Exuberance
Full of energy or excitement
Usage: A sense of youthful exuberance.

13. Spadework
Routine preparatory work.
Usage: There were a few young interns to help with the spadework.