1. Saddle
• The saddle is a supportive structure for a rider or other load, fastened to an animal’s back by a girth.
• The most common type is the equestrian saddle designed for a horse.
• However, specialized saddles have been created for oxen, camels and other creatures.
Usage: I put a pillow on the saddle so that I could ride comfortably. 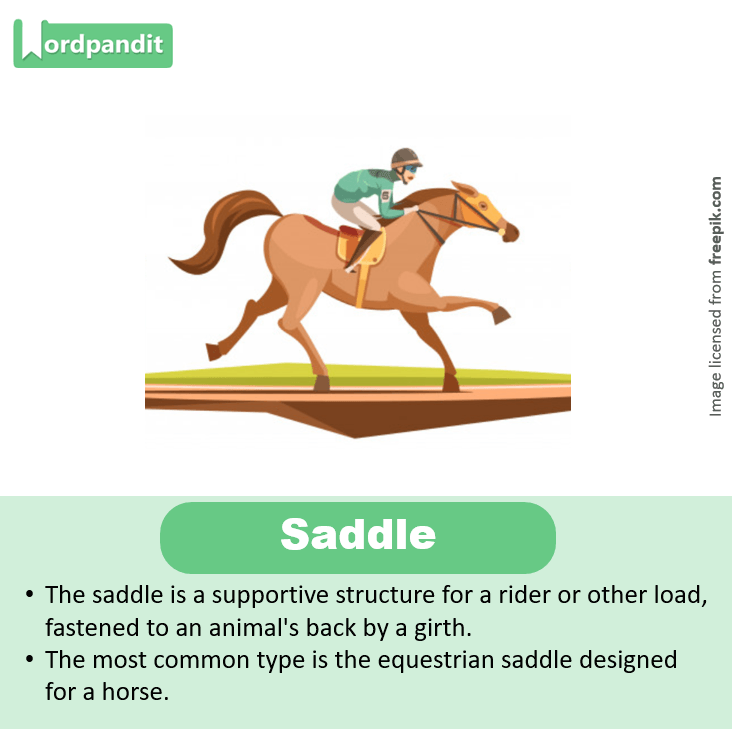 2. Machination
• A plot or scheme.
Usage: He was cheated by the political machinations of the legislature. 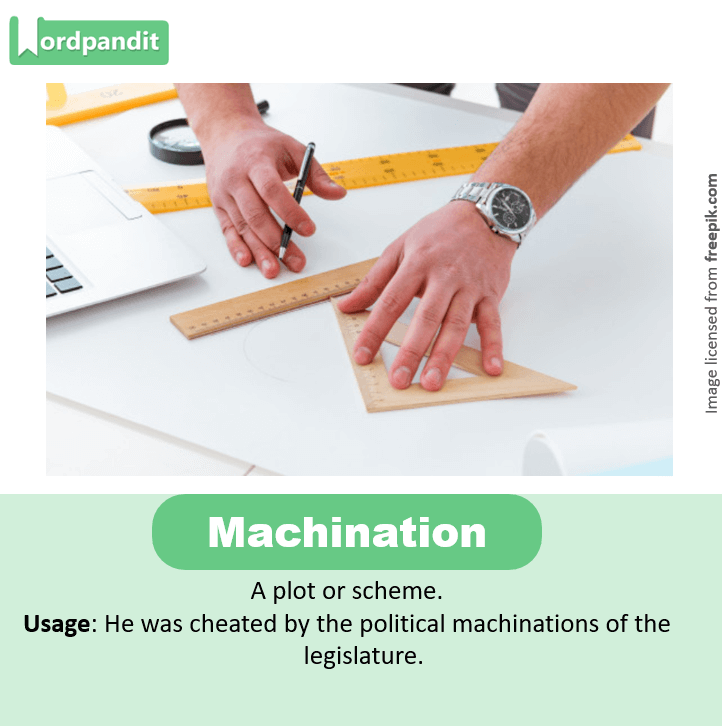 3. Linger
• Stay in a place longer than necessary because of a reluctance to leave.
Usage: Her perfume lingered in the yard, even long after she had left.
Linger on –
• Be slow to disappear
Usage: The tradition seems to linger on.

4. Rapacity
• Aggressive greed.
Usage: The rapacity of landowners seeking greater profit from their property was evident. 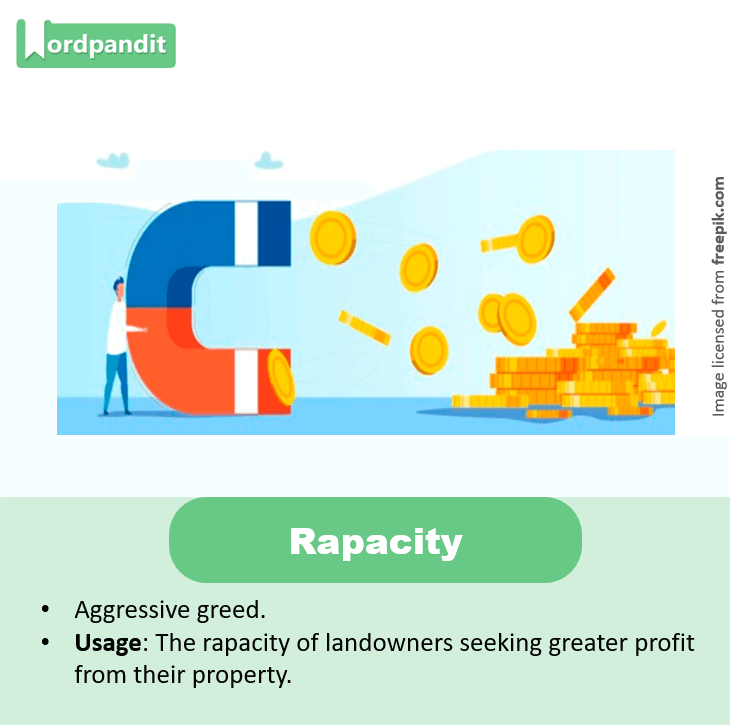 5. Garner
• Gather or collect something, especially information or approval.
Usage: The police struggled to garner sufficient evidence to prove him guilty of the murder.

6. Hinterland
• The remote areas of a country away from the coast or the banks of major rivers.
Usage: A century ago, eastern Germany was an agricultural hinterland

8. Overt
• Done or shown openly.
• Plainly apparent.
Usage: An overt act of aggression from the fans of Kohli. 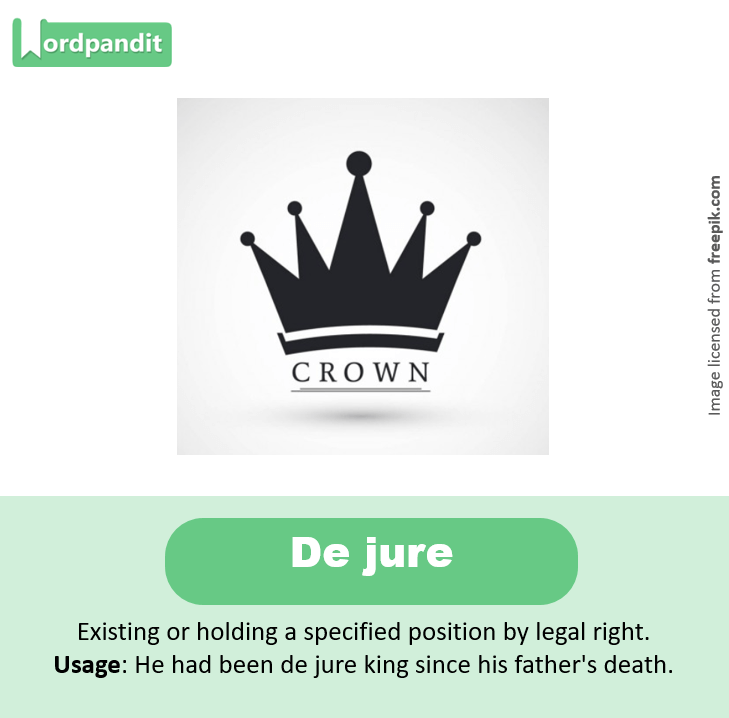 10. Unsavoury
• Disagreeable to taste, smell, or look at.
Usage: The salad was unsavoury.

11. Roil
• Make a liquid turbid or muddy by disturbing the sediment.
• Make someone annoyed or irritated.
Usage: Winds roil these waters.

12. Gordian knot
• An extremely difficult or involved problem.
• The Gordian knot is a legend of Phrygian Gordium associated with Alexander the Great.
• It is often used as a metaphor for an intractable problem solved easily by finding an approach to the problem that renders the perceived constraints of the problem moot.
Usage: If Gorbachev expects to untie the Gordian knot, he has over-estimated his powers

13. Succour
• Assistance and support in times of hardship and distress.
Usage: Her organization gave succour and strength to those who had been emotionally damaged.