1. Horse-trading
• It refers to complex bargaining or other transactions, such as political vote trading.
• It was expected that horse sellers would capitalize on these opportunities and so those who dealt in horses gained a reputation for underhanded business practices.
• Usage:The prime minister is in the midst of political horse trading with possible partners as he seeks to build a majority coalition in the coming election. 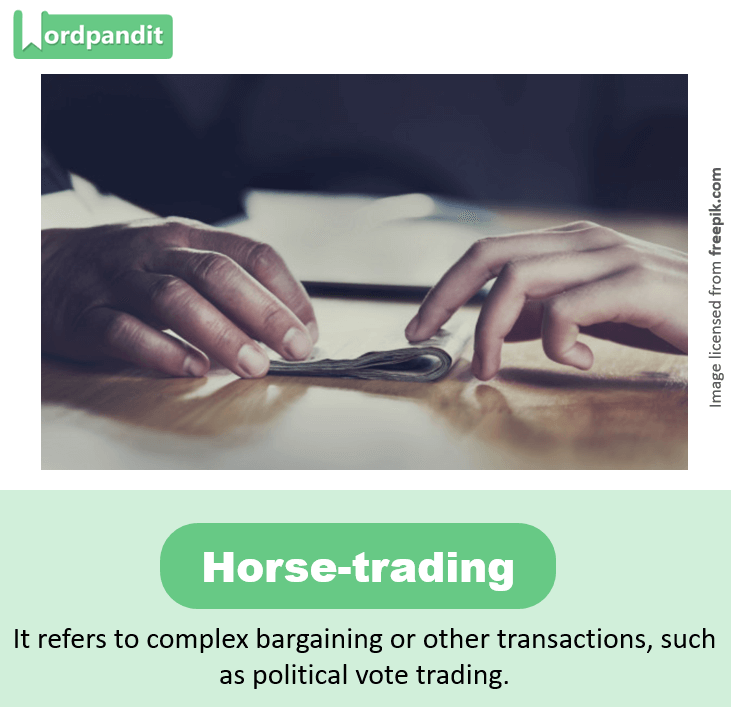 2. Manoeuvre
• A movement or series of moves requiring skill and care.
Usage: Snowboarders performed daring manoeuvres on precipitous slopes.
• Manoeuvre warfare, is a military strategy that advocates attempting to defeat the enemy by incapacitating their decision-making through shock and disruption.

3. Yearning
Intense longing for something.
• Usage: While looking at her schoolbook, she found herself yearning for friends again.
Synonyms: Pining, craving, desire, want, wish. 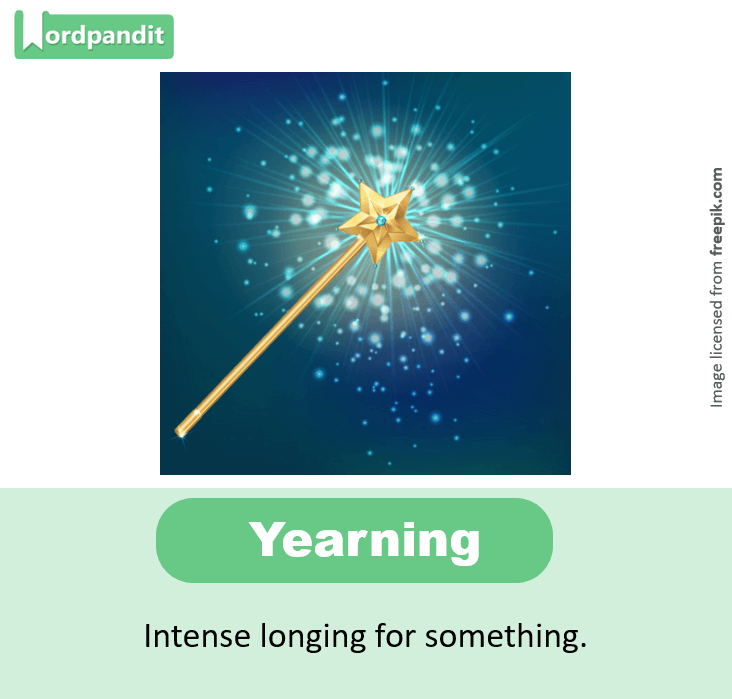 4. Meagre
Lacking in quantity or quality.
Usage: My College didn’t offer family accommodation, so it was an anxious time organising where we would live on a meagre salary and student loan.

5. Parley
• Parley is a discussion or conference, especially one between enemies over terms of a truce or other matters.
• The word is derived from French parler, “to speak”.
• During the 18th and 19th centuries, attacking an enemy during a parley was considered one of the grossest breaches of the rules of war.
• Usage: President Trump and Mr. Kim cut short their parley, ending the summit on Thursday with no agreement in hand.

6. Sclerotic
Rigid and Unresponsive.
Usage: In the increasingly sclerotic world of Silicon Valley, Levandowski was an outlier.

7. Pursuance
Course of action.
• Usage: Returning from another visit to Sicily, the emperor was now so powerful that, in pursuance of his plan for making himself the head of a great world monarchy, he put forward the suggestion that the- imperial crown should be declared hereditary in his family.

8. Semblance
Resemblance or Similarity.
Usage: It bears some semblance to the thing I have in mind.

9. Hark
• Listen
Usage: Hark! He knocks.
• Used to draw attention to someone who has done something considered to be foolish.
• Usage: Hark to him jabbering!

10. Abhorrence
Intense aversion, repugnance, repulsion, horror, loathing.
Usage: The thought of marrying such a misogynist man filled her with abhorrence.

12. Indenture
• An indenture is a legal contract that reflects or covers a debt or purchase obligation.
• It specifically refers to two types of practices:

1. In historical usage, an indentured servant status.
2. In modern usage, it is an instrument used for commercial debt or real estate transaction.

Usage: At least when you were indentured there was a chance you might get free food and shelter. 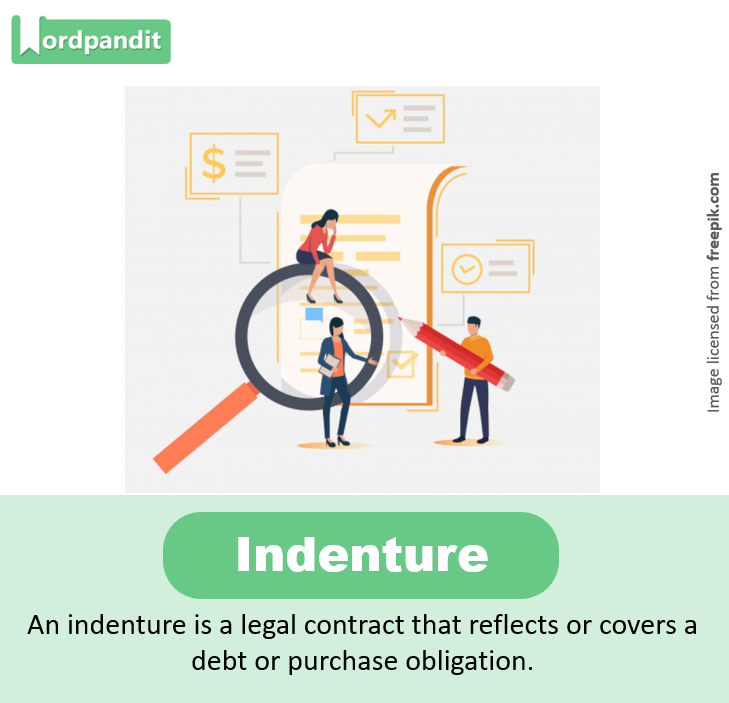 13.Hiatus
• A pause or break in continuity in a sequence or activity.
Usage: There was a brief hiatus in the war with France.
• A break between two vowels coming together but not in the same syllable, as in the ear and cooperate. 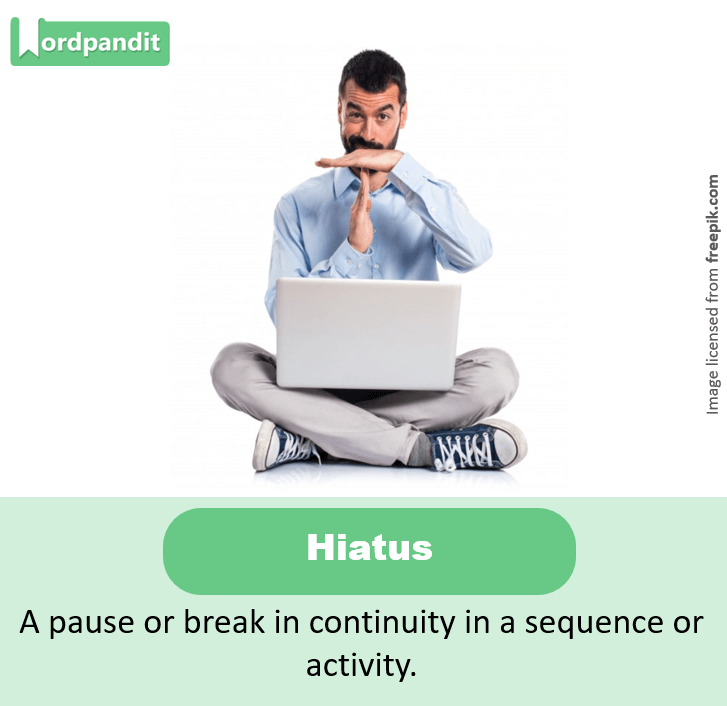