1. Desalination
• Desalination is a process that takes away mineral components from saline water.
• It refers to the removal of salts and minerals from a target substance, as in soil desalination, which is an issue for agriculture.

2. Esoteric
Intended for or likely to be understood by only a small number of people with a specialized knowledge or interest.
Usage: Such esoteric books are apocryphal in the original conception of the term

3. Reverse Osmosis
• A process by which a solvent passes through a porous membrane in the direction opposite to that for natural osmosis when subjected to a hydrostatic pressure greater than the osmotic pressure.
• Osmosis involves ‘a solvent such as water naturally moving from an area of low solute concentration, through a membrane, to an area of high solute concentration.

4. Trove
• A store of valuable or delightful things.
Usage: The cellar contained a trove of rare wines. 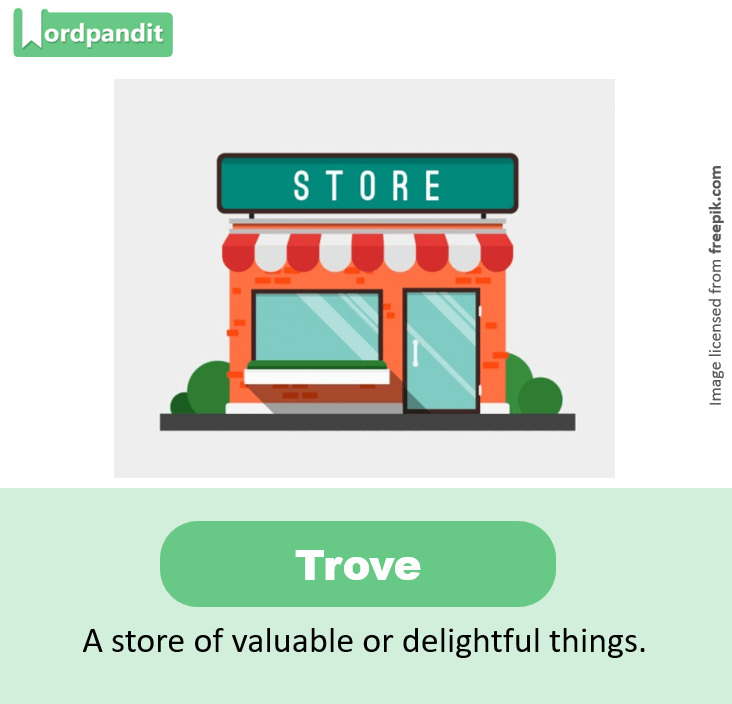 5. Burrow
• Make a hole or tunnel, typically for use as a dwelling.
Usage: Moles burrowing away underground.
Synonyms: tunnel, dig out, excavate, grub, mine, bore, drill, channel. 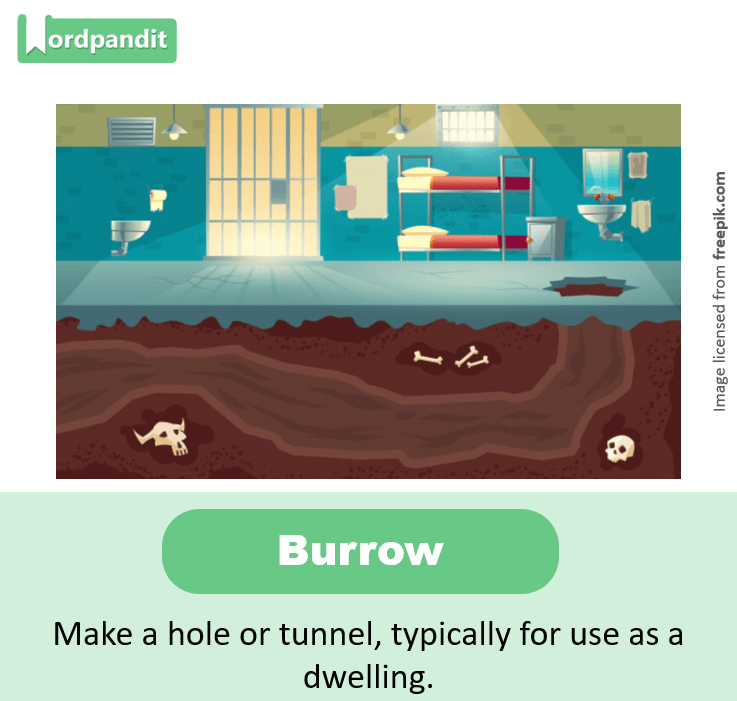 6. Bask
• Lie exposed to warmth and light, typically from the sun, for relaxation and pleasure.
Usage: Sprawled figures basking in the afternoon sun.
• Revel in and make the most of something pleasing.
Usage: He went on basking in the glory of his first book. 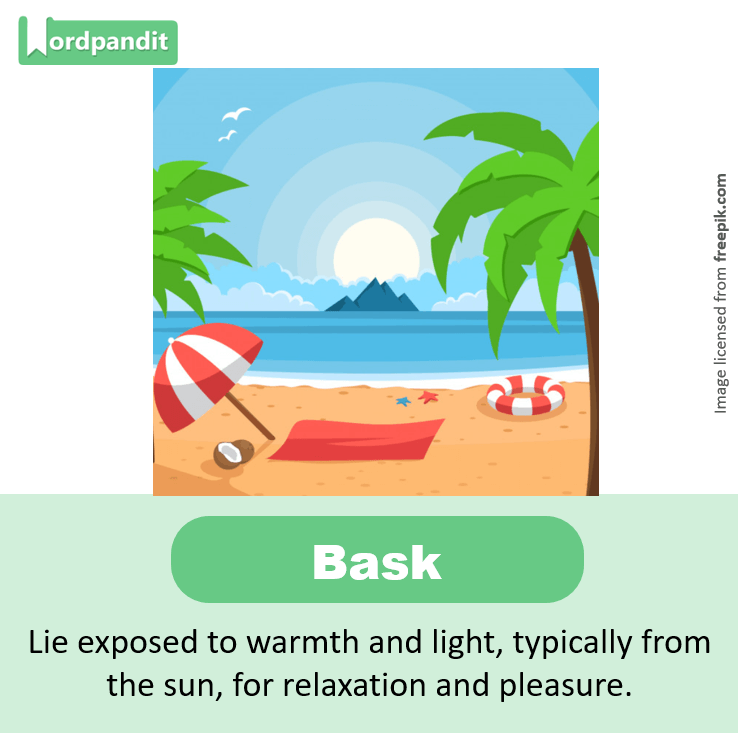 7. Congregate
• Gather into a crowd or mass.
Usage: Some 4,000 demonstrators had congregated at a border point. 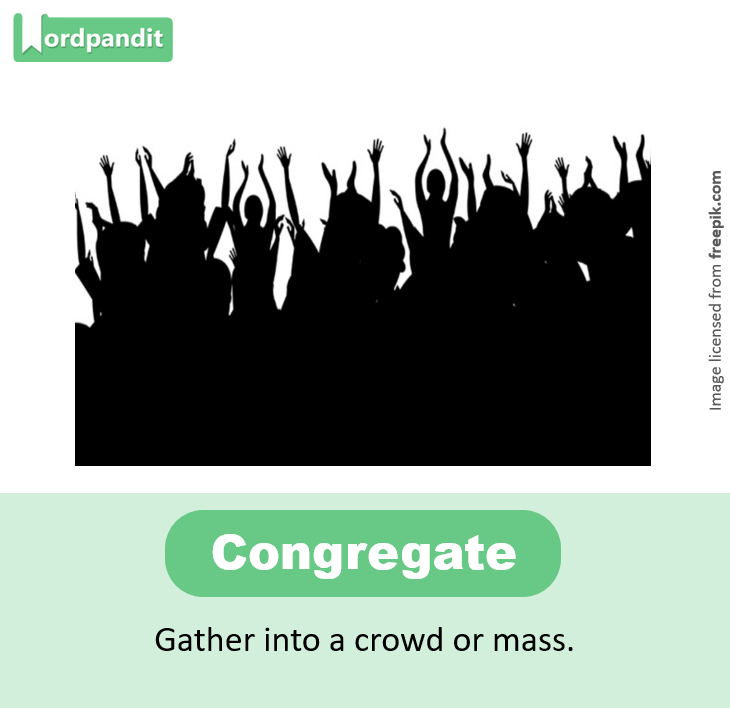 10. Scuttle
• Run hurriedly or furtively with short quick steps.
Usage: A mouse scuttled across the floor.
Synonyms: scamper, scurry, scramble, bustle, skip, trot, hurry, hasten
Scuttling is the deliberate sinking of a ship by allowing water to flow into the hull. This can be achieved in several ways—seacocks or hatches can be opened to the sea, or holes may be ripped into the hull with brute force or with explosives. 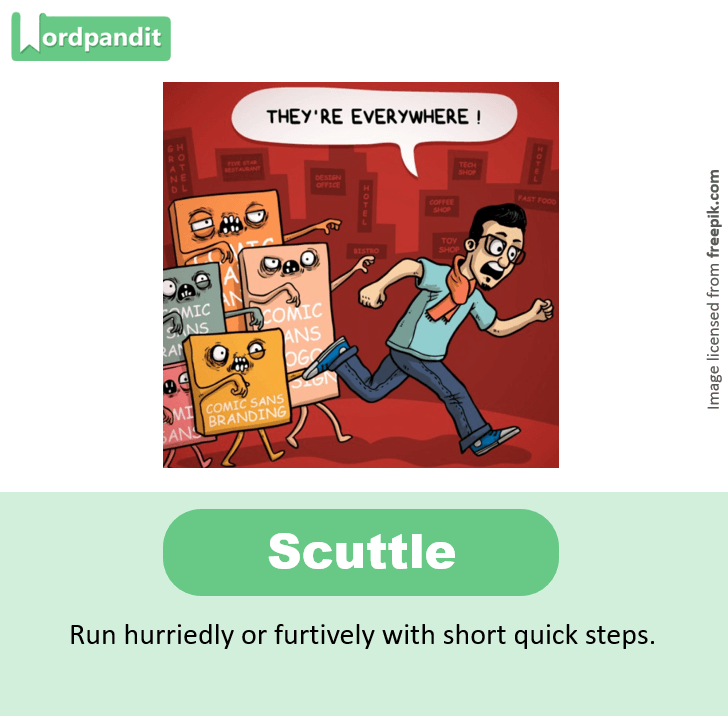 11. Détente
• Détente is the easing of strained relations, especially in a political situation, through verbal communication.
• The term in diplomacy originates around 1912 when France and Germany tried, without success, to reduce tensions.
Usage: The United States agreed not to impose additional tariffs on the world’s second-largest economy, and the detente is good news for markets.