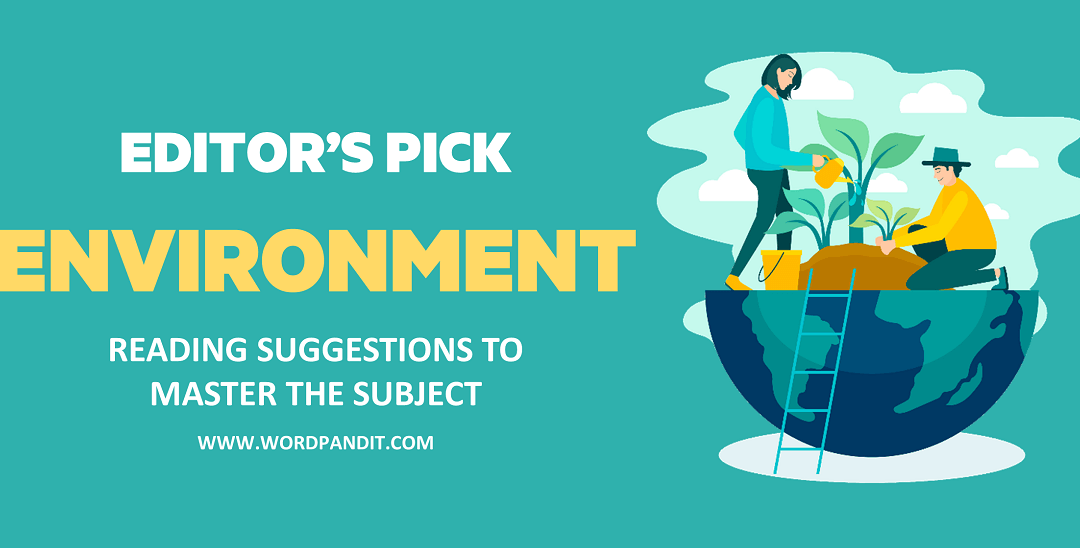 Broadly speaking, environment is everything that surrounds us providing conditions for growth – the air we breathe in, the land we live in, the water we drink, the food we eat and the plants and animals that surround us.

Authors to explore in the field of Environment

Michael McCarthy, formerly the Independent’s longstanding Environment Editor, now its Environment Columnist, is one of Britain’s leading writers on the environment and the natural world. He has won a string of awards for his work, including Environment Journalist of the Year (three times) and Specialist Writer of the Year in the British Press Awards in 2001. In 2007 he was awarded the Medal of the RSPB for “Outstanding Services to Conservation,” in 2010 he was awarded the Silver Medal of the Zoological Society of London, and in 2011 the Dilys Breeze Medal of the British Trust for Ornithology. In 2009 McCarthy published Say Goodbye To The Cuckoo (John Murray), a study of Britain’s declining migrant birds (source: www.independent.co.uk)

Steve Connor is the Science Editor of The Independent and i. He has won many awards for his journalism, including five-times winner of the prestigious British science writers’ award; the David Perlman Award of the American Geophysical Union; four times highly commended as specialist journalist of the year in the UK Press Awards; UK health journalist of the year and a special merit award of the European School of Oncology for his investigations into the tobacco industry. He has a degree in zoology from the University of Oxford and has a special interest in genetics and medical science, human evolution and origins, climate change and the environment. (source: www.independent.co.uk)

Adam Sherwin is Media Correspondent at The Independent and an award-winning writer who specializes in covering the entertainment, broadcasting, music and popular culture industries. Previously Media writer and diarist at The Times, he was a co-founder of the Beehive City media and entertainment website. As regular contributor to BBC London 94.9 Radio station, he was named Music Business writer of the year at the awards of influential music industry site Record of the Day in 2006. (source: www.independent.co.uk)

Rachel Louise Carson was an American marine biologist, author, and conservationist whose book Silent Spring and other writings are credited with advancing the global movement. Her widely praised 1951 bestseller The Sea Around Us won her a U.S. National Book Award, recognition as a gifted writer, and financial security. Her next book, The Edge of the Sea, and the reissued version of her first book, Under the Sea Wind, were also bestsellers. (source: wikipedia)

Aldo Leopold was an American author, philosopher, scientist, ecologist, forester, conservationist, and environmentalist. He was a professor at the University of Wisconsin and is best known for his book A Sand County Almanac (1949), which has sold more than two million copies. Leopold was influential in the development of modern environmental ethics and in the movement for wilderness conservation. His ethics of nature and wildlife preservation had a profound impact on the environmental movement, with his ecocentric or holistic ethics regarding land. He emphasized biodiversity and ecology and was a founder of the science of wildlife management.(source: wikipedia)

Albert Arnold “Al” Gore Jr. is an American politician and environmentalist who served as the 45th Vice President of the United States from 1993 to 2001 under President Bill Clinton. He was Clinton’s running mate in their successful campaign in 1992, and was re-elected in 1996. At the end of Clinton’s second term, Gore was picked as the Democratic nominee for the 2000 presidential election. After leaving office, Gore remained prominent as an author and environmental activist, whose work in climate change activism earned him (jointly with the IPCC) the Nobel Peace Prize in 2007.(source:wikipedia)

Here is a list of words and their meanings that are often used in environment:

Abiotic Resources: Non-living resources in an ecosystem that are not man made and occur naturally. E.g.: Water, Land etc.

Close-loop Recycling: A production process in which post-consumer waste is recycled to make a different type of product (e.g. used newspapers into toilet paper). Here the recycling of a material can be done indefinitely without the degradation of the properties.

Damage: Damage is the decline in the quality of the environment resulting in loss of value.

Recycling: Conversion of waste materials into a usable material. The resulting material can either further be recycled indefinitely or for a finite number of times, the latter eventually resulting in a waste

Eco-Efficiency: The process of using sustainable materials and reducing environmental impact while increasing business activities that result in economic growth

Emission: Anything that is emitted or released into the environment resulting in environmental degradation because of pollution is known as emission.

Environmental Effect: Any process or activity of an organisation that influences the environment either positively or negatively

Environmental Effects Evaluation: Evaluating the effect that is created on the environment by the interaction of the processes or activities that are carried out in an organisation with the environment.

Carbon Footprint: It is the measure of the amount of Carbon dioxide that is released into the atmosphere because of our day to day activities.

Environmental Issue: Activities that cause serious impact on the environment because of human activities or intervention.

Environmental Management System: It is set of guidelines designed to help an organisation reduce the impacts that its processes or activities are having on the environment.