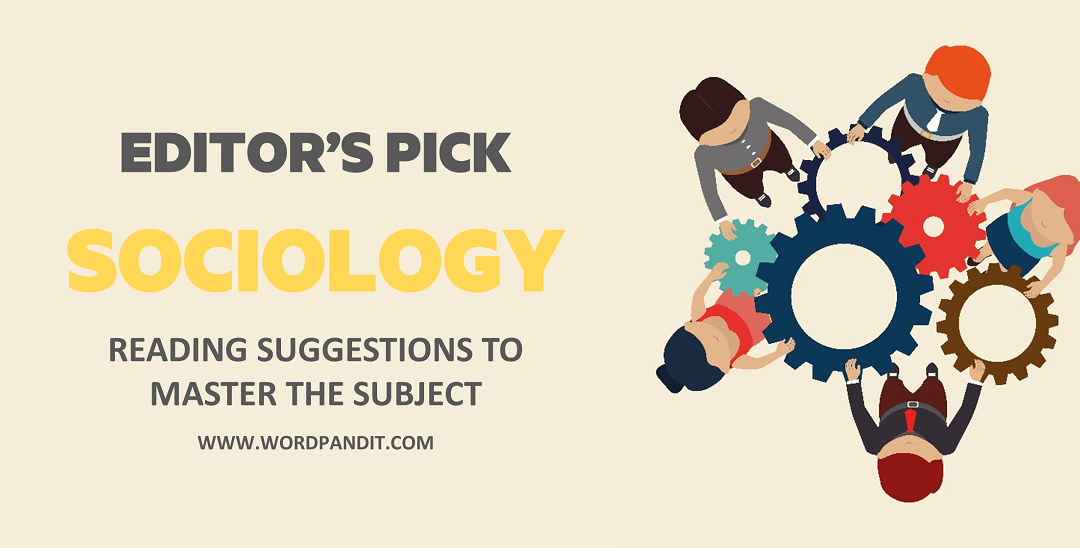 Sociology is the study of the society we live in. It includes human behavior, the impact society has on an individual, the social issues and concerns and every other factor that involves in the study of society.

Authors to explore in the field of Sociology

1. David Brooks:
David Brooks became an Op-Ed columnist for The New York Times in September 2003. His column appears every Tuesday and Friday. He is currently a commentator on “PBS NewsHour,” NPR’s “All Things Considered” and NBC’s “Meet the Press.”
He is the author of “Bobos in Paradise: The New Upper Class and How They Got There” and “On Paradise Drive: How We Live Now (And Always Have) in the Future Tense.” In March 2011, he came out with his third book, “The Social Animal: The Hidden Sources of Love, Character, and Achievement,” which was a No. 1 New York Times best seller.
Mr. Brooks also teaches at Yale University, and is a member of the American Academy of Arts and Sciences. (source: nytimes)

Arthur C. Brooks became a contributing opinion writer for The New York Times in March of 2014. He is president of the American Enterprise Institute, a public policy organization in Washington. Until 2009, he was a professor of business and government at Syracuse University, where he taught economics and social entrepreneurship. He is the author of 10 books, including the New York Times best seller “The Road to Freedom: How to Win the Fight for Free Enterprise” (2012), “The Battle” (2010), “Gross National Happiness” (2008), “Who Really Cares” (2006) and the textbook “Social Entrepreneurship” (2008). Before pursuing his work in public policy, Mr. Brooks worked for 12 years as a classical French horn player, in the United States and Spain. He holds degrees in economics from Thomas Edison State College and Florida Atlantic University and a Ph.D. in public policy from the Rand Graduate School. (source: nytimes)

Samuel C. Spitale is a Los Angeles-based journalist, storyteller, and humorist.
His social and political commentary on inequality, income disparity, and the struggles of the Middle Class can be found on his personal website: www.SamuelCSpitale.com.
He also founded a humorous story-sharing site about disaster dating in the digital age: www.ItGetsWorseBlog.com. His essays have been featured on Advocate.com.
Samuel previously wrote for The Star Wars Insider and www.starwars.com and worked in Product Development for over ten years at Lucasfilm Ltd.
Samuel is a graduate of LSU, with a Bachelor in Mass Communication and a Master in Media Management. (source: huffingtonpost)

Andre grew up in Rio de Janeiro, Brazil, and has also lived in the United States, Spain, England and Canada. He is a serial entrepreneur and an international development economist. He contributes to several blogs on a variety of topics and has published a novella, The Drifting Self. He received a bachelor’s degree from the University of Maryland, an MSc from the University of London, and an MBA from McGill University. He currently resides in the Washington, DC, area. (source: huffingtonpost)

Here is a list of words and their meanings that are often used in sociology: