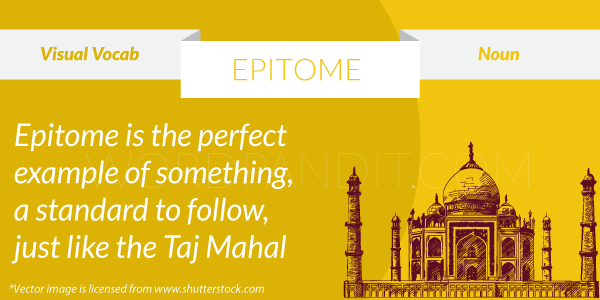 1. A standard or typical example
2. A brief abstract (as of an article or book)
3. A perfect example of something

EPITOME can be readily learned by taking the example of the EPIC TOMB ‘TAJ MAHAL’. Since its beauty is a typical example(epitome) of the Mughal art.