Question 1: ‘AmbuSens’ a wireless technology to remotely monitor condition of patients ferried in ambulances has been developed by?

Question 2: Sebi has set up a committee to improve the standards of corporate governance of listed companies. The committee will be headed by?

Markets regulator SEBI has set up a committee to improve the standards of corporate governance of listed companies.The committee will be setup under the chairmanship of Uday Kotak, chief of Kotak Mahindra Bank.

Question 4: UN Security Council has expanded sanctions against which country/countries?

A. Russia
B. North Korea
C. Syria
D. All of the above

UN Security Council unanimously passed a resolution with new sanctions against North Korea after it launched its ninth ballistic missile test of the year.

Question 5: What is the name of Chinese malware that has infected over 250 million computers worldwide?

A Chinese malware named ‘Fireball’ has infected over 250 million computers worldwide. “Fireball” is designed to hijack browsers to change the default search engine and track their web traffic on behalf of a Beijing-based digital marketing firm called Rafotech.

Question 6: National Commission for Backward Classes will be composed under article ______.

Question 7: Who has been appointed as the new Economic Affairs Secretary?

Corporate Affairs Secretary Tapan Ray was today given the additional charge of Department of Economic Affairs in place of Shaktikanta Das, who completes his term on 31st May 2017. Ray is a 1982 batch IAS officer of Gujarat cadre.

Question 8: Which state police force will have bicycle patrols?

The Delhi Police on Tuesday launched a bicycle patrol scheme to increase police presence in congested areas of the city. The bicycle patrol, for which 65 high-end bicycles have been acquired, was flagged off by Union Minister of State for Home Hansraj Gangaram Ahir from the Yamuna Sports Complex in east Delhi.

Question 9: Who has won the Geneva Open Men’s Singles title ?

Stan Wawrinka has won his second straight title at the Geneva Open, by defeating Mischa Zverev in three sets to earn the title. Stan Wawrinka is the current world No. 3 in men’s singles tennis.

Question 10: Which state government has declared Dailong village of Tamenglong district as a Biodiversity Heritage Site of the state?

The Manipur government has declared Dailong village of Tamenglong district as a Biodiversity Heritage Site of the state, officials said.A notification in this connection was issued on Tuesday by joint secretary of forest and environment, Kengoo Zuringla. 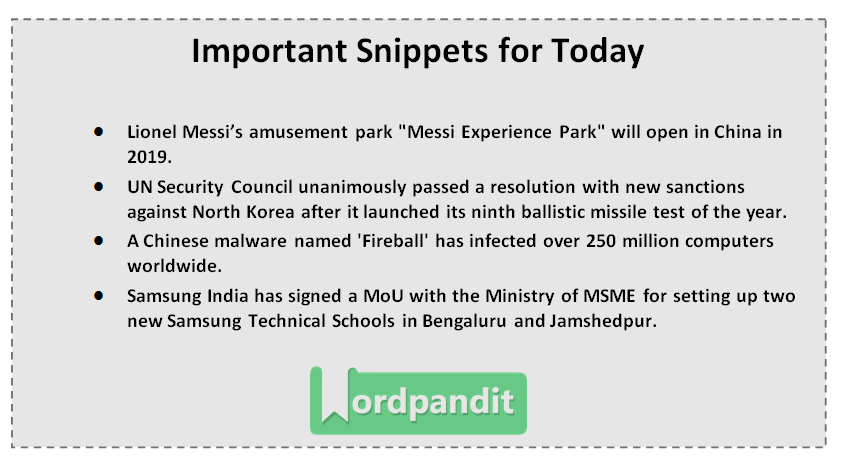