Question 1: Which of the following countries is the host country for 2017 World Environment Day?

Question 2: India’s first bicycle sharing scheme has been launched in which city?

City of Mysuru got India’s first bicycle sharing scheme which was launched by Chief Minister Siddharamaiah. The PBS system will have 450 bicycles and 48 docking stations at major tourist destinations, universities and offices.

Question 3: E-taxi service has been launched in which state?

An e-taxi service was launched in Hyderabad to mark the World Environment Day. 5 e-taxis have been launched on a pilot basis while within next one month 25 e-taxis will be deployed.

Question 4: What is India’s rank in global retail development index?

India has surpassed China to secure the top position among 30 developing countries on ease of doing business in retail sector. China stood at 2nd position. India’s retail sector is projected to grow 30 per cent annually and reach USD 48 billion by 2020.

Question 5: Arab states have decided to break ties with which country?

Saudi Arabia, Bahrain, Egypt and the United Arab Emirates broke off relations with Qatar. These countries have accused Qatar of supporting terrorism and destabilizing the region.

Question 6: After how many years has the book Beren and Luthien by John Ronald Reuel Tolkien (JRR Tolkien), been published?

A new book by Lord of the Rings author JRR Tolkien is going on sale – 100 years after it was first conceived. Beren and Lúthien has been described as a “very personal story”, and has been edited by his son Christopher Tolkien.

Question 7: Which film has won the Palme d’Or at the 2017 Cannes film festival?

The fabled Palme d’Or went to Swedish director Ruben Östlund’s cutting art-world (and real-world) satire “The Square,” which dares to bring aspects of conceptual and performance art into the sphere of cinema.

Question 8: Which is the third largest aviation market in domestic air passenger traffic in the world?

India has become the third largest aviation market in terms of domestic passenger traffic, beating Japan, an industry report has said. India’s domestic air passenger traffic stood at 100 million in 2016.. Domestic air traffic has been growing consistently at the rate of 20 -25 per cent throughout 2015 and 2016, peaking in January this year at 25.13 per cent.

Question 9: Asian Development Bank (ADB) has given a loan of $100 million to finance solar rooftop projects in India to which Indian bank?

State-owned Punjab National Bank (PNB) has received $100 million (about Rs645 crore) as the first tranche of the Asian Development Bank’s (ADB) multi-million dollar funding for installation of rooftop solar systems in India. This fund will be used by giving loan to various developers and end users to install large solar rooftop systems on industrial and commercial buildings throughout India

Researchers at IIT Kharagpur have developed a new technology which will change the way biofuel is manufactured by making the process cheaper, quicker and pollution-free. The process which is completely green will also ensure a relatively quicker production of bio-fuel. 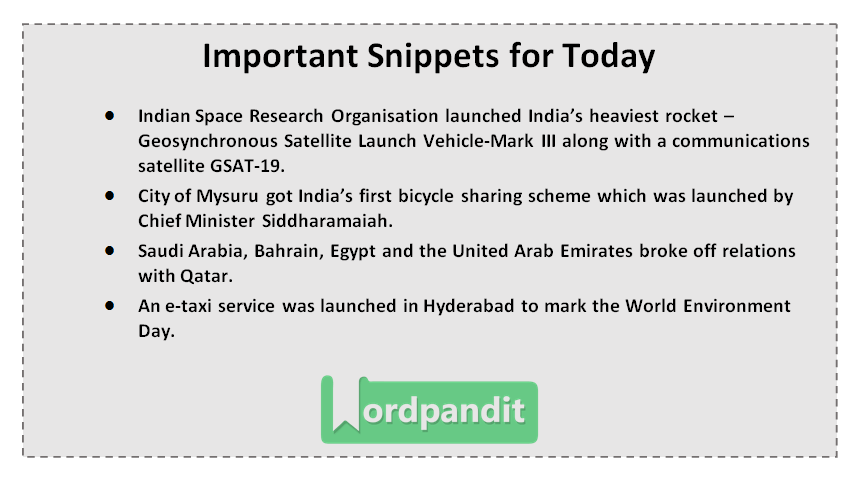