Question 1: Who has been appointed as CEO of Paytm Payments Bank?

Paytm has appointed Renu Satti as the CEO of Paytm Payments Bank. Satti currently is the vice president of business at Paytm.

Question 2: Which of the following station has been rated as the cleanest station?

In a report released by Union Railway Minister Suresh Prabhu Visakhapatnam railway station in Andhra Pradesh was rated the cleanest station among the 75 busiest stations in the country.

A. Geneva
B. Rome
C. The Hague
D. Washington DC

A new round of Syria peace talks aiming to resolve a six year conflict begins in Geneva.

Question 5: Who has been appointed as the Deputy Executive Secretary of UNFCCC?

Question 6: Which Indian state has introduced a logo for vehicles driven by persons with hearing impairment?

The Indian state of Telangana has introduced a logo for identifying vehicles driven by persons with hearing impairment and is the first state in the country to do so.

Question 7: Which state in India got its first cricket academy?

Jammu and Kashmir’s first ever cricket academy has officially started working to groom young budding cricketers of the state. The cricket academy, housed at Srinagar’s Bakshi Stadium, has got the government’s nod last month.

Question 8: Who has been appointed the next defence secretary of India?

The Appointments Committee of Cabinet (ACC) has approved the appointment of Road Transport and Highways Secretary Sanjay Mitra as the next Defence Secretary.He will get a fixed tenure of two years as the defence secretary.

Question 9: Kochi Metro Rail Ltd has announced the employment of how many members from the transgender community?

This is the first government owned company toformally appoint members of the transgender community. 23 transgender workers will be a part of the 530 Kudumbasree workers to be employed at 11 stations in Kochi Metro’s Aluva-Palarivattom corridor. They will be employed in different sections, including housekeeping and ticket counters, based on their qualifications.

Question 10: Which cricketer has been awarded honorary life membership to the Marylebone Cricket Club (MCC)? 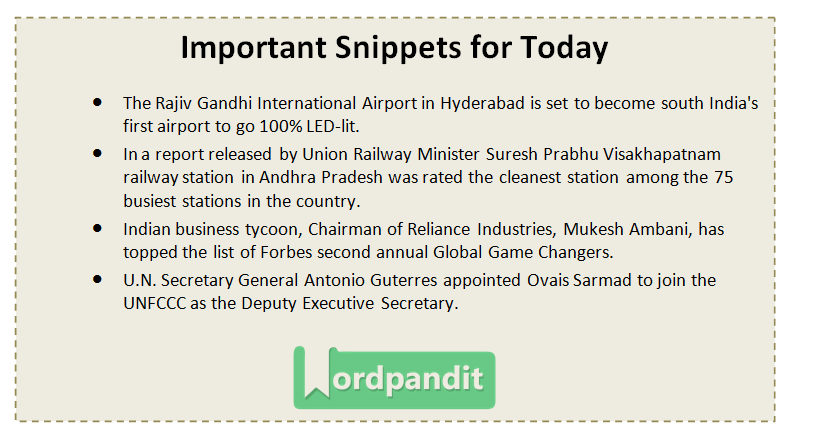