Question 1: India’s first electric mass mobility system has been launched in which city?

Question 2: Apple has opened its first Southeast Asia store in which country?

Question 3: India has announced $500 mn assistance to which country to deepen its ties in a range of areas including the maritime domain?

India has announced a $500 million line of credit to Mauritius as the two countries resolved to deepen ties in a range of areas including the maritime domain.

2017 G7 Summit is being held at Italy. The summit will focus on issues surrounding security and growth. A tough debate is expected on issues including trade and climate change.

Question 5: Kalyan Krishnamurthy has taken additional charge of HR. He is the CEO of which company?

Rohan Chakravarty, a wildlife and environment cartoonist from India, has won WWF International President’s Award 2017 for his efforts to change attitudes towards nature.The award is given in recognition of leadership in young conservationists who are under the age of 30 from around the world.

Question 7: Which Bollywood actor has been given the International Humanitarian Award in Editor’s Choice category of Asian Voice Charity Awards?

Jacqueline Fernandez was awarded for her philanthropic work in India. She has been working with the charity ‘Habitat for Humanity for the last five years. This organization gives needy people homes to live in and ensures a life of dignity for them.

Question 8: Which country is to be isolated at the insistence of US President Donald Trump?

US President Donald Trump urged Muslim countries to deny sanctuary to extremists and called for international isolation of Iran, which he accused of fuelling “sectarian conflict and terror”.

Question 10: A map on the positions of quasars have been made by whom?

Astronomers with the Sloan Digital Sky Survey (SDSS) have created the first map of the large-scale structure of the Universe based entirely on the positions of quasars. Quasars are the incredibly bright and distant points of light powered by super massive black holes. 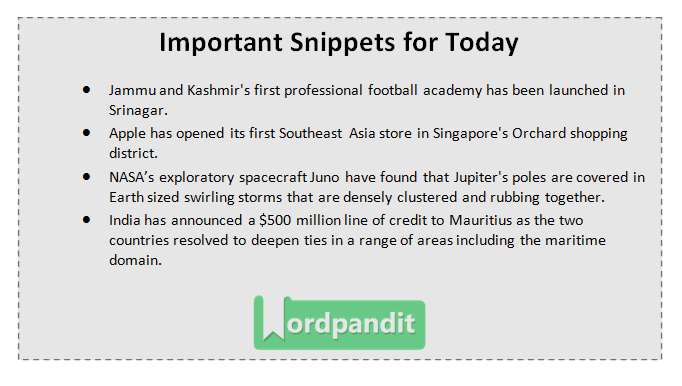