Question 1: Which country has decided to produce nuclear fuel for China?

Kazakhstan will start producing nuclear fuel for Chinese power plants in 2019 through a joint venture set up by the two countries.

Question 2: Which film has won the Palme d’Or at 70th Cannes Film Festival?

The Swedish film ‘The Square’ has won the Palme d’Or, the top prize at 70th Cannes Film Festival.

Question 3: The 2017 World Table Tennis Championships is being hosted by which country?

Question 4: New Aeronautical test range has been setup in which state?

Question 5: When is International Day of United Nations Peacekeepers observed?

Every year May 29 is observed as International Day of United Nations Peacekeepers. This day is celebrated to honour the memory of those who have lost their lives in the cause of peace. 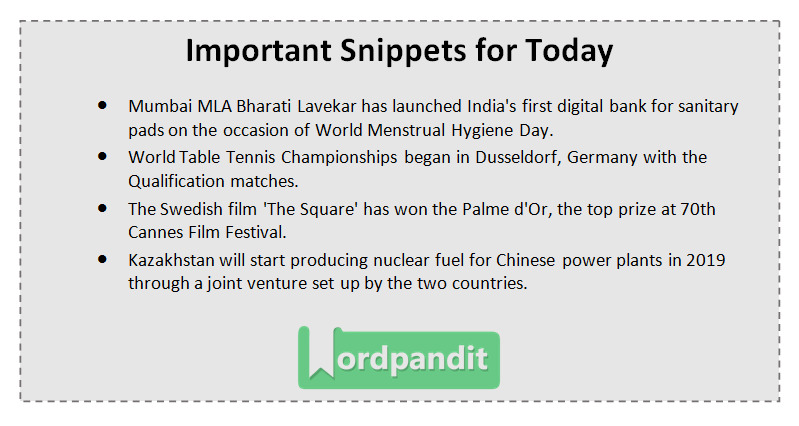