Something more about ‘Harbor’

Harbor is a part of body of water which is deep enough to anchor a ship(as a noun) or to keep hold of something(as a verb). The word originated before 1150 AD. It was used as herebeorg in old English and herber in Middle English.

1. A waterbody having docks and port facilities(noun),
2. To give shelter to(verb),
3. To hold or keep in mind. 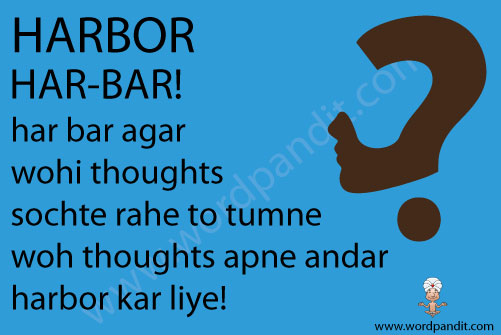 1. The Japanese air fighters bombarded the Pearl Harbor resulting in a huge setback to the American Navy.
2. Harbor terrorists and you become one of them.
3. Do not harbor any negative thoughts if you want to live peacefully.