Ignominy, the word, expresses a feeling all of us have felt at some point of time in our lives. In fact, this feeling is extremely hard to avoid and if you say you have never ever felt such a thing in your lives, we have reason not to believe you.

There are a few things that can put anyone to shame, absolutely anyone!
For example: throwing a show at someone’s face, and if that be the president of the most powerful nation of the world, the shame and disgrace involved could not have been greater. Have a look for yourself:

Another word you should definitely learn from the same context is opprobrium, which means ‘state of disgrace resulting from public abuse’. This, to be honest, fits our context even better. 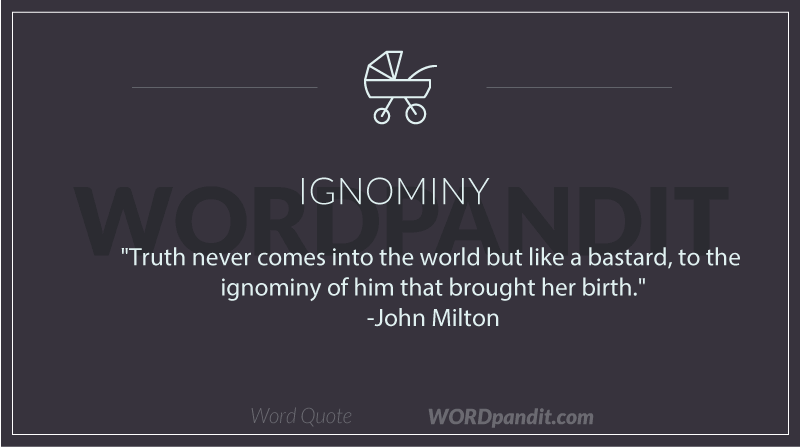