Why this section?
To keep matters short and sweet, the answer to this question is very simple: Wordpandit himself keeps learning new things about the language everyday and believes that amount out there to learn is actually infinite. So the thought came to my mind: why not share what I learn every day, through the medium of a blog? This is an attempt for the same. Hope you appreciate this.

In the last post in this series, we had a look at the different types of retail stores. In that same post, there was a reference to a few interesting professions: butchers, fishmongers, greengrocers and bakers. We know what the last word means but what do the first three mean?

An easy word that we all know. Wiki says this about butchers: A butcher is a person who may slaughter animals, dress their flesh, sell their meat or do any combination of these three tasks. They may prepare standard cuts of meat, poultry, fish, and shellfish for sale in retail or wholesale food establishments. A butcher may be employed by supermarkets, grocery stores, butcher shops and fish markets or may be self-employed. What is more important is the metaphorical usage for this word: In various periods and cultures, the term “butcher” has been applied to people who act cruelly to other human beings or slaughter them. For example, Pompey, a prominent Roman general and politician of the first century BC, got the Latin nickname adulescentulus carnifex, translated as “The Teenage Butcher” or “The Butcher Boy”, due to brutal treatment of political opponents in the early part of his career. 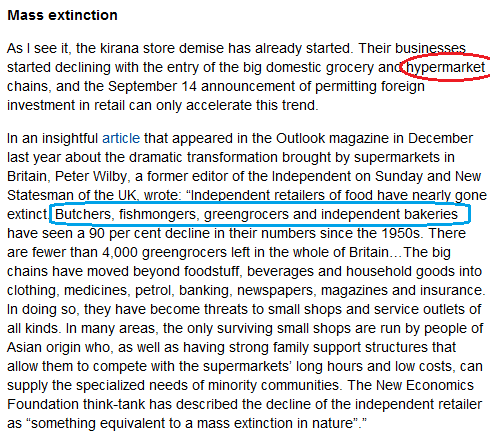 A fishmonger (fishwife for women practitioners – “wife” in this case used in its archaic meaning of “woman”) is someone who sells fish and seafood.

This word also carries a negative meaning: in its rarer usage form, it refers to a pimp.

Women practitioners of the same profession are called fishwives. In general, the traits of these women that were observed consisted of them being coarse and abusive, and this behavior lent the second meaning of this word: A vulgar, abusive or nagging woman with a loud, unpleasant voice.

In simple words, a person who sells green stuff: A grocer who sells fresh fruits and vegetables.

Since we are talking of professions related to selling and providing services, let’s dig into some non-conventional professions at this juncture:

Well, this completes our information session for today. As always, wiki referred to extensively and the dictionary that was used for this post, Wordnik, is my favorite.