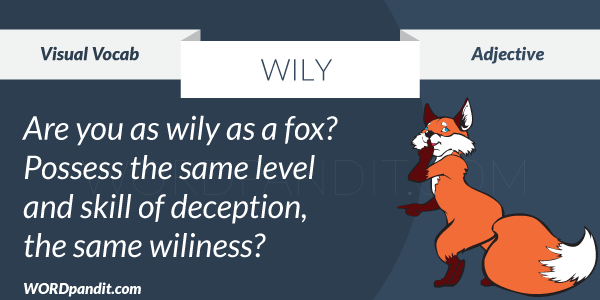 The dictionary definitions for wily are as follows:
1. Full of wiles, in other words full of tricks that can deceive other people. (adjective)

Who better to learn this word from but Politicians.
Politicians are wily characters: the blood of deception flows in their veins.
So, Wily=Politician


Usage Examples for Wily:
1. Thieves need to be wily, else they would get caught.
2. Employees need to wily when it comes to tricking their bosses for some extra holidays.